Nobody Does It Better: Russian Aircraft Cannons Outgun America’s 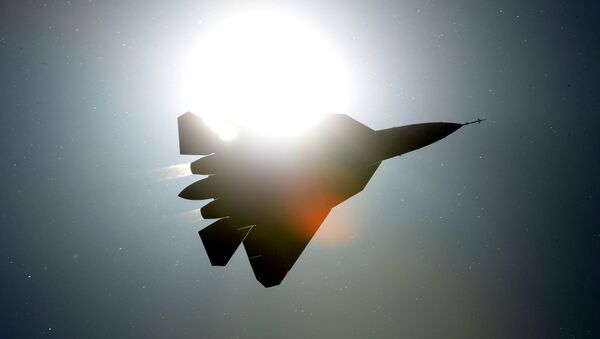 Modern automatic aircraft cannons are a combination of artillery guns and rates of fire usually found on conventional machine guns. Some types of Russian-made canons can fire even faster than that.

US Air Force Tests $391 Billion F-35A Jet's Cannons, On the Ground
One of these wonder weapons is the Gryazev-Shipunov GSh-6-23 six-barreled 23 mm rotary cannon.

The GSh-6-23 has an extremely high rate of fire, with maximum cyclic rates of 9,000 to 10,000 rounds per minute. Compared to the US M61 Vulcan, the GSh-6-23 fires 50-66 percent more rounds per minute, has a heavier projectile, but lower muzzle velocity. The weapon is also lighter and shorter.

An updated version of the GSh-6-23 is standard equipment on the Sukhoi Su-24 bombers and the MiG-31 all-weather interceptor.

A six-barrel version of the GSh-6-23 can also be mounted on the MiG-27 fighter-bomber, even though the plane already carries a 30mm automatic cannon capable of firing 6,000 rounds per minute making it the fastest such weapon around.

Russia
Russia's Unique Fighter Jet Flies in the Face of Physics
The Tula armorers are also famous for their GSh-30-1 automatic aircraft cannon, which, at under 50 kg, is the world’s most lightweight 30 mm automatic cannon.

Another thing that makes it so one-of-a kind is the use of an evaporation cooling system to prevent the detonation of a high explosive round inside a heated barrel. This cooling system consists of a cylindrical water tank around the rear end of the barrel.

The GSh-30-1 is equipped with a unique pyrotechnic mechanism to clear misfires: a small pyrotechnic cartridge is located to the left of the 30mm cartridge chamber.

This pyrotechnic cartridge fires a small steel bolt through the side wall of the 30mm cartridge. The hot propellant gases following the bolt into the dud 30mm round ignite the powder charge of that round and firing continues.

In combination with a laser rangefinding/targeting system, it is reported to be extremely accurate as well as powerful, capable of destroying a target with as few as three to five rounds.

It may also be mounted on Russia’s T-50 PAK FA fifth generation jetfighter.