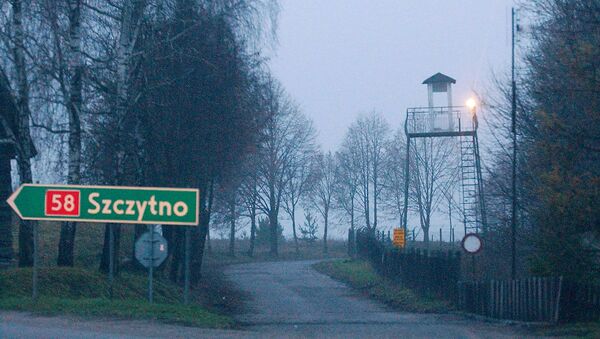 © AP Photo / Czarek Sokolowski, File
Subscribe
The United States will not help the Polish investigation into the US Central Intelligence Agency’s (CIA) secret prisons in Poland, a Polish member of the European Parliament told Sputnik on Wednesday.

US Continues to Snub Poland Over CIA Secret Prison Probe
MOSCOW (Sputnik), Daria Chernyshova — On Tuesday, the Polish prosecutor’s spokesman, Piotr Kosmaty, said that the US Department of Justice (DOJ) had declined "four successive requests for legal assistance," citing a bilateral agreement preventing cooperation where it could conflict with national security interests.

“Polish government can intervene, but it will not help, I am afraid. The result will be the same,” Janusz Korwin-Mikke said.

He said he was not surprised by such a response as, ever since the investigation was launched in 2008, the US reply had been the same and “nothing has changed over the time.”

CIA Force Feeding Prisoners Just One of Torture Techniques - Gitmo Lawyer
“Because they are covering the operation of the secret services,” he said, stressing that it is usual practice for a government to disguise its secret service operations.

Poland was among a number of European and other nations that hosted the CIA’s clandestine prisons, known as black sites, that allowed US authorities to circumvent US laws when kidnapping, detaining and torturing suspects during its so-called War on Terror.

Poland was forced earlier this year to compensate two Saudi nationals, held in northeastern Poland’s Stare Kiejkuty black site in 2002-2003, after losing an appeal to the European Court of Human Rights.