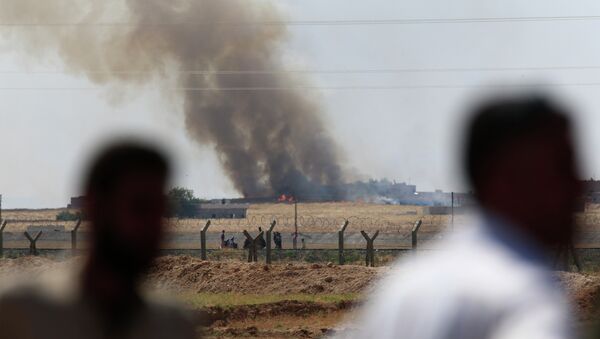 New details have emerged about Centcom’s process of manipulating intelligence reports. Using bullying tactics, military leaders were able to paint a misleadingly optimistic portrait of the US bombing campaign against the Islamic State.

It was revealed on Friday that US Central Command (Centcom) had intentionally altered data related to its fight against the self-proclaimed Islamic State terrorist group.

"Knowing that bad news on ISIS wasn’t welcome meant that, over time, the picture of the fight began being rosier," a military source familiar with a Pentagon investigation into the matter told NPR.

Over the weekend, the Daily Beast obtained new details about how that intel was distorted.

According to Centcom officials, many analysts felt "bullied" into providing reports that presented IS as "financially weakened and less capable of launching attacks." Reports that did not follow these guidelines were sent back to the analysts for revision.

"For instance, strikes on oil refineries and equipment were said to have done more damage to the group’s financing of operations through illicit oil sales than the analysts believed," the Daily Beast reports. "Also, strikes on military equipment were said to have set back the group’s ability to wage combat operations, when the analysts believed that wasn’t always the case."

"There was the reality on the ground but it was not as rosy as [the leadership] wanted it to be," one official told the Daily Beast. "The challenge was assessing whether the glass was half empty, not half full."

Other analysts say they were pressured into making recommendations about killing certain IS leaders to help bring down the organization, even if they did not agree with that strategy.

There are even suggestions that analysts felt compelled to please the White House, no matter what the numbers actually said.

"Some of the analysts have also accused their bosses of changing the reports in order to appeal to what they perceived as the Obama administration’s official line that the anti-ISIS campaign was making progress and would eventually end with the group’s destruction," the Daily Beast writes.

Approximately 6,863 airstrikes have been launched in the US-led war against the Islamic State, according to Pentagon statistics.

During Congressional testimony last week, Centcom commander Gen. Lloyd J. Austin III was asked if he had ever ordered the alteration of intelligence reports.

"Absolutely not," he said.