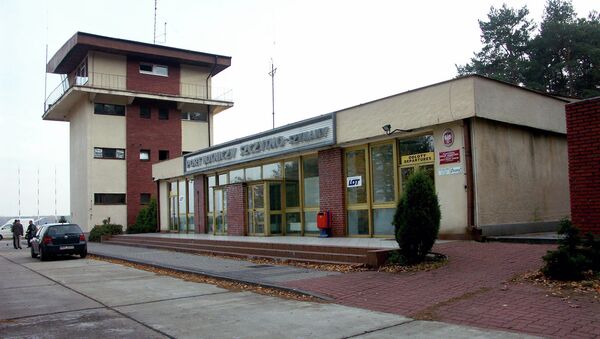 © AP Photo / File
Subscribe
The US Department of Justice (DOJ) declined "four successive requests for legal assistance" in its investigation into the US Central Intelligence Agency’s (CIA) secret prisons, citing a bilateral agreement preventing cooperation where it could conflict with national security interests, according to the Polish prosecutor’s spokesman.

Kosmaty said one of the refusals concerned permission to access the full US Senate torture report, released in December 2014 in a heavily redacted form. He added that Warsaw’s fifth request to assist in the investigation, which was launched in 2008, is currently being review by the US authorities.

Poland was among a number of European and other nations that hosted the CIA’s clandestine prisons, known as black sites, that allowed US authorities to circumvent US laws when kidnapping, detaining and torturing suspects during its so-called War on Terror.

Other media reports cited Kosmaty as saying that the DOJ refused to provide documents and information relating to the black sites in August.

Poland was forced earlier this year to compensate two Saudi nationals, held in northeastern Poland’s Stare Kiejkuty black site in 2002-2003, after losing an appeal to the European Court of Human Rights.