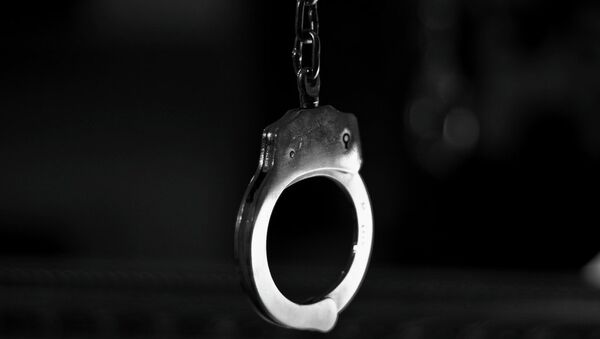 © Ruben Diaz
Subscribe
A Miami cop was suspended for only 20 hours after being found guilty of misconduct for handcuffing a kindergarten student to “teach him a lesson.”

The incident took place in February after the 5-year-old got into an argument with another student over a toy.  Acting totally, well, childish, the kindergartener bit the other student.

The boy was brought to the guidance counselor's office to wait for his father to pick him up, where he continued to act like the child that he is, and as if “everything was a joke.”

At this point, Officer Paul Gourrier of the Miami Police Department reportedly grabbed the child’s ear and handcuffed him behind his back, telling him “Let me show you. I’m going to show you what happens so that you can understand.”

The small child was then paraded outside and shown the police vehicle.  A security guard who witnessed the incident stated that the officer told the child if he got in trouble for bothering other students again that he would go to jail.

Officer Gourrier admitted to pulling on the child’s ear, “to get his attention,” and handcuffing him.

Coming Up on 1000: US Cops Have Killed More Than 850 People This Year
Hector Feliciano, the child’s father, filed a complaint with internal affairs regarding the incident, making the seventh citizen complaint against the officer who has four uses of force on his record, the Miami New Times reported.

An internal investigation in May found the officer guilty of numerous City of Miami departmental orders, including unnecessary force, conduct unbecoming a police officer and improperly dealing with juveniles.

In June, the officer was suspended for a mere 20 hours.

The case has left many, including the child’s father, asking when did society get to a point where playground misbehavior calls for police intimidation?