US, Estonian Air Forces to Hold Joint Drills on Tuesday 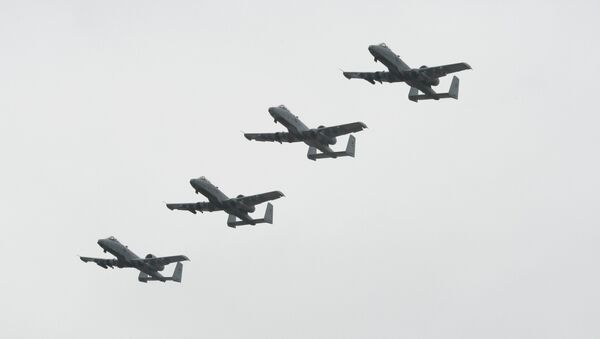 Joint exercises of the US and Estonian Air Forces are expected to begin on Tuesday in Estonia.

TALLINN (Sputnik) – Joint exercises of the US and Estonian Air Forces that will involve participation of 12 US A-10 ground-attack aircraft are expected to begin on Tuesday in Estonia, the country’s Defense Ministry announced Monday.

"Training projectiles for on-board cannons and 25-pound dummy bombs will be used during the joint drills that will be held from September 22 to November 6 at the central training ground of the defense forces. The A-10 [aircraft] will be temporarily stationed at the Amari air base near Tallinn," the ministry said in a press release.

US Attack Planes to Perform Multiple Contour Flying Over Estonia
Earlier Monday, the active phase of NATO Saber Strike 2015 drills commenced on training ground in the Latvian town of Adazi.

In June, the United States pledged to construct military training facilities in six Eastern European nations, including Estonia, to facilitate the flexibility of NATO troops in the region.