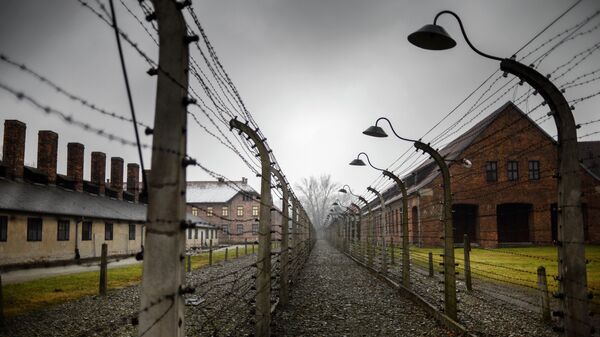 An elderly German woman has been charged with 260,000 counts of accessory to murder from her time working as a radio operator for the camp commandant at Auschwitz.

The woman, whose name is not being disclosed due to Germany’s privacy laws, is alleged to have worked at the camp from April until July of 1944, and has been charged as an accessory for her role in helping the camp function, the Independent reported.

Thousands of Holocaust Survivors Live in Desperate Poverty in NYC

In July, a 94-year-old former SS guard was sentenced to four years in prison after being convicted of 300,000 counts of accessory to murder.

Oskar Groening, who was nicknamed the “Bookkeeper of Auschwitz,” was tried for his role at the death camp from May 1944 until July 1944.

Approximately six million men, women, and children were killed during the Holocaust, and approximately 1.1 million of the murders are believed to have taken place at Auschwitz.

"Albeit belatedly, justice has been done. Mr. Groening was only a small cog in the Nazis' death machine, but without the actions of people like him, the mass murder of millions of Jews and others would not have been possible," Ronald S. Lauder, president of the World Jewish Congress, told USA Today in July following Groening’s sentencing.

Groening did not dispute the charges and admitted to moral guilt during the proceedings.

In a documentary produced for BBC in 2005, Groening spoke of seeing the gas chambers and the selections for them take place.

"I was on the ramp when the selections (for the chambers) took place," Groening admitted in the documentary.

At the trial, he stated that he oversaw prisoners’ bags at the death camp and would collect and tally the money that was stolen from them.  Most of the prisoners who arrived during this time were Jews from Hungary who were immediately gassed to death.

“For the sake of order, we waited until train 1 was entirely processed and finished.”

Charges against the 91-year-old woman come following new legal reasoning in Germany that anyone who helped a death camp to function may now be charged as an accessory to the murders that took place inside.