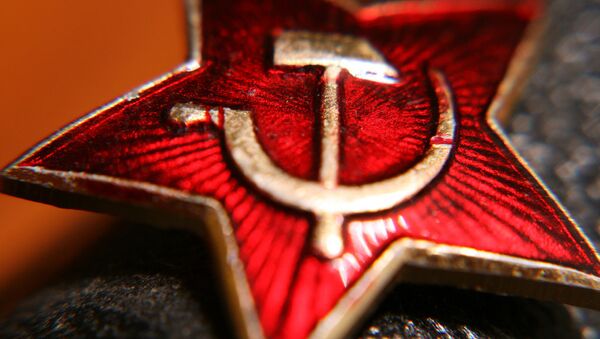 In a recent op-ed for the Boston Globe, journalist Stephen Kinzer explained why the concept of Russia as an enemy is "comforting for Americans," reassuring them "the world has not really changed" and that subsequently, the US does not have to change its own policy. This, however, this is a dangerous mentality to cling to.

The columnist and writer,  who also serves as Visiting Fellow at Brown University's Watson Institute of International Studies, wrote that while the US's "current campaign against Russia" has been "set off by what some in Washington call its 'aggression' against neighboring Ukraine," and by Moscow's aid to Syria, "the true reasons for anti-Russian sentiment…lie deeper."

A Matter of Absolute Power: This Is Why Washington Can't Stand Russia
Kinzer explained that most of the American political and security establishment's leading figures grew up during the Cold War era, spending "much of their lives believing that the Antichrist lived in Moscow." This, in the columnist's view, has led them to speak, think and act "as if the Cold War never ended."

The journalist noted that picturing Russia as America's enemy is in fact "strangely comforting to Americans," reassuring "us that the world has not really changed," and that subsequently, "we do not have to change our policies."

The columnist believes that America's "back-to-the-future hostility" stems from the fact that, following the collapse of the Soviet Union, many leaders in Washington "believed that the United States had permanently broken Russian power. In their jubilation, they imagined that we would be able to keep our foot on Russia's neck forever," with Russians watching "helplessly as NATO, their longtime enemy, established bases directly on their borders."

Kinzer explained that "by pressing our advantage too strongly in the years after the Cold War," America virtually guaranteed what he called a "nationalist reaction" from a Russia looking to restore some of its lost power. The journalist added that this reaction has come to be embodied by Vladimir Putin, which explains both his popularity at home and his demonization in Washington.

The journalist suggested that even though it may be comforting, the perception of Russia as America's enemy is flawed and, ultimately, dangerous. "Real enemies are a threat to any country, but imagined enemies can be even more dangerous. They sap resources, provoke needless conflicts, and divert attention from true challenges."

Russia 'Does Not Have Time for Cold Wars', Other Issues Should Be Solved
According to Kinzer, contrary to statements by officials in Washington, Russia does not post an "existential threat" to the United States. In his view, Russia is "far from being able to compete with the United States, much less threaten it." The scholar recalled that Russia is "surrounded by American military bases, hears threats from the West every day, faces NATO guns on its borders, and therefore" actually "has reason to fear for its security."

The journalist believes that by turning Russia into an enemy, and by failing to take its security concerns seriously, the US is, in fact, undermining stability in Europe.

Moreover, "by pushing Russia away, we are driving it toward China, thereby encouraging a partnership that could develop into a true threat to American power."

The Myth of a Russian 'Threat'
Ultimately, the journalist suggests that while "emotion [may argue] that Russia is a troublemaker because it refuses to play by our rules…reason should reply that Russia is a legitimate power, cannot be expected to take orders from the West, and will not stand quietly while the United States promotes anti-Russia movements on its borders."

Kinzer concludes that "in our current standoff, Russia has at least one advantage: Its leaders are not foolish enough to consider the United States an existential threat. We would benefit from a bit of their realism."