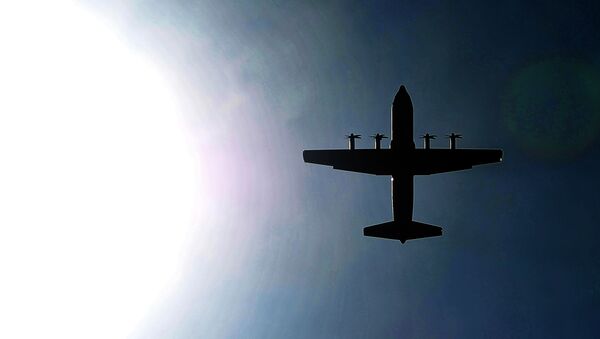 © Flickr / The 621st Contingency Response Wing
Subscribe
An observation flight over Russia will be reportedly performed by a joint mission of Canada and Spain between September 21 and 25.

US, France, Ukraine to Carry Out Observation Flight Over Russia
MOSCOW (Sputnik) — A joint mission of Canada and Spain will perform an observation flight over Russia between September 21 and 25, the acting head of the Russia’s National Nuclear Risk Reduction Center said Monday.

"During the period between September 21 and 25, 2015, a joint mission of Canada and Spain is planning to carry out an observation flight over the territory of the Russian Federation, as a part of the international Open Skies Treaty, using a Canadian surveillance aircraft C-130J, " Ruslan Shishin said.

The Treaty on Open Skies was signed in March 1992 and became one of the major confidence-building measures in Europe after the Cold War. It entered into force on January 1, 2002, and currently has 34 States Parties, including the majority of the NATO countries, as well as Russia, and neutral countries such as Sweden and Finland.