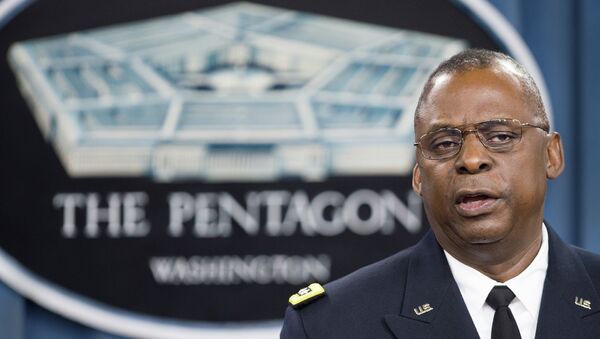 The news about the sourcing, disclosed to NPR, comes as the Pentagon inspector general investigates whether officials at US Central Command (CENTCOM) skewed intelligence assessments to favorably portray the fight against IS.

One military source who witnessed the skewing of reports said he was "a victim of them," adding that CENTCOM analysts quickly picked up on the message sent by the discrepancies in sourcing.

"The bad news didn't just need to be footnoted," another military source, one involved with the Pentagon investigation, told NPR.

"The intelligence data itself had to be attached to the report. It became pretty clear if they wrote something bad, it was likely to be changed. Knowing that bad news on ISIS wasn't welcome meant that, over time, the picture of the fight began being rosier."

One CENTCOM report which said Iraqi forces retreated from an Islamic State attack was rejected, a military source told NPR. The report was reworked into a final draft which falsely represented that the forces had not retreated, but rather made a strategic decision to reinforce another position.

The head of CENTCOM, General Lloyd Austin, testified before the Senate Armed Services Committee on Wednesday. He did not discuss the investigation into the beefed-up reports, but still gave a positive impression of the fight against IS.

"In recent months, Iraq's security forces have experienced some setbacks, and this is to be expected in a fight as complex as this one," Austin said. "But overall the Iraqis continue to make progress."

"I must say, I have been on this committee for 30 years and I have never heard testimony like this. Never," McCain said.

The senator reminded Austin that the chairman of the Joint Chiefs, General Martin Dempsey, testified a week earlier that the fight against IS was tactically stalemated.

"So obviously you and the outgoing chairman of the Joint Chiefs of Staff have a very different view of what the situation is," McCain said.