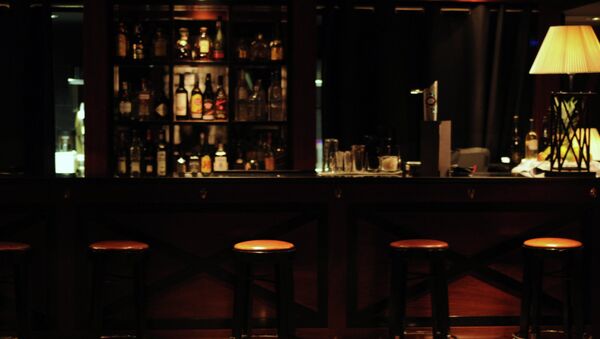 In a Facebook post early Friday morning, John Yob, a political consultant from Michigan and national political director for the Paul campaign, alleged that Rubio’s deputy campaign manager, Rich Beeson, assaulted him at a bar the night before and that state police are currently looking for him.

“Last night I went to a bar on Mackinac Island for the GOP Mackinac Conference,” Yob wrote. “I ran into a guy named Rich Beeson, who frankly I didn't even know who it was at first because he isn't relevant in our political world. Anyway, he is Marco Rubio's national campaign manager. He literally physically assaulted me by punching me in the face. The state police are looking for him. I have it on video, from multiple angles. This will play out in the national media in the next few hours.”

However, a spokesperson for the Michigan state police confirmed to the Guardian that they are not involved in the investigation and that it is being handled by the Mackinac Island Police Department.

“The Rubio campaign is not to blame. Today I hope that he and Senator Rubio will take action on this matter as the state police investigate,” Yob wrote in a statement.

“It wasn’t a brawl,” the Mackinac Island police chief, Brett Riccinto, told the Guardian on Friday. “If anything, it was a shove. Literally, it was a shove. This thing has been blown way, way, way out of proportion.”

An employee at the bar also told the Guardian that “nothing really happened.”

Another witness however, tells a far different story, stating that Beeson needs to learn to control his alcohol.

Senator Rubio Says Hillary Clinton 'Leader from Yesterday'
“As I was sitting at the bar talking to someone at Horn’s in Mackinac Island Thursday night, I witnessed Beeson suddenly, out of nowhere, approach one of Rand Paul’s advisers, John Yob-unprovoked-and try to hit him,” Brandon Hall, the Managing Editor of West Michigan Politics wrote of the incident. “Beeson missed a full on shot but still struck Yob’s in the face with a powerful blow near the jaw.”

Yob has filed a complaint with the police regarding the assault, which has been forwarded to the prosecutor to decide if charges would be filed against Rubio’s campaign manager.

Rubio’s campaign has issued a statement saying that they are seeking more information about the incident, while Paul’s campaign has not yet commented.