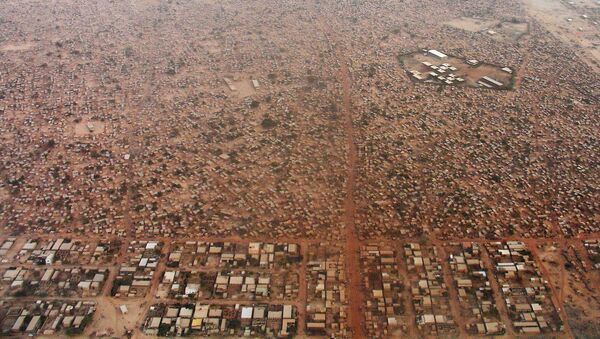 The United States finds the seizure of power in Burkina Faso by military leaders deplorable, but is letting events unfold before responding to questions on whether the incident qualifies as a coup, State Department spokesperson Julia Straker told Sputnik.

"The situation in Burkina Faso is deplorable, but also evolving rapidly," Straker said on Friday. "We are continually evaluating our information about the situation and our response as events unfold."

Africa
UN Calls for Release of Burkina Faso Transitional Government Figures
On Thursday, State Department spokesperson John Kirby told reporters that calling the situation a coup has legal implications for the United States and could impact foreign assistance, hence it is not a term the US government uses lightly.

The United States, Straker added, stands with the people of Burkina Faso in rejecting "democratic backsliding."

Straker responded to a question about whether the State Department would compare regime changes in Egypt and Ukraine as it considered whether the military junta’s actions in Burkina Faso meet the requirements to be characterized as a coup.

A transitional government was established in Burkina Faso in 2014 to run the country until presidential elections took place in October 11, 2015.

"The October presidential and legislative elections would have been an important milestone for Burkina Faso to return to its democratic traditions," Straker explained. "These courageous efforts to advance Burkinabe democracy must not be undone."

Also on Thursday, coup leaders in Burkina Faso imposed a night-time curfew across the West African country and shut down land and air borders. Presidential guard forces have reportedly killed at least ten people protesting against the coup-imposed authorities.