SCO Special Forces Boost Fight Against ISIL, Ready to Team Up With Others 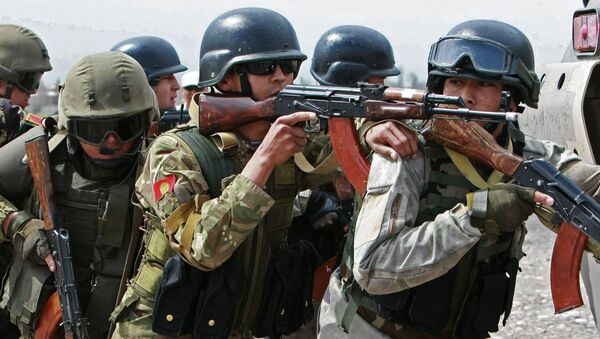 “This work has been going on for a long time…All of the SCO countries understand this danger and we are developing measures to boost the activity of the [Regional Antiterrorist Structure] of the SCO in the fight against IS,” Gen. Sergei Smirnov told journalists.

The coalition against the Islamic State must be expanded under UN coordination, he said.

“We need to attract as many countries as possible and establish political dialogue,” Gen. Sergei Smirnov told journalists.

Smirnov said that the Special Forces from Russia, the Shanghai Cooperation Organization, Europe, and the United States are trying to cooperate regardless of “outside factors.”

Russia Ready to Consider Syria's Request for Military Action Against ISIL
“We have never refused [to cooperate] but some countries are attempting to reject this cooperation today. The topic of cooperation exists, but not on the needed level, especially with the United States,” Smirnov added.

A US-led international coalition has been conducting airstrikes against ISIL positions in Iraq since August 2014, later expanding its self-imposed mandate to include ISIL targets in Syria, all without the approval and potential assistance of either Damascus or the UN Security Council.

Russia has called for cooperation between all belligerents of the Syrian civil war to prevent regional anarchy, a void that is strongly suspected would be quickly filled by ISIL.