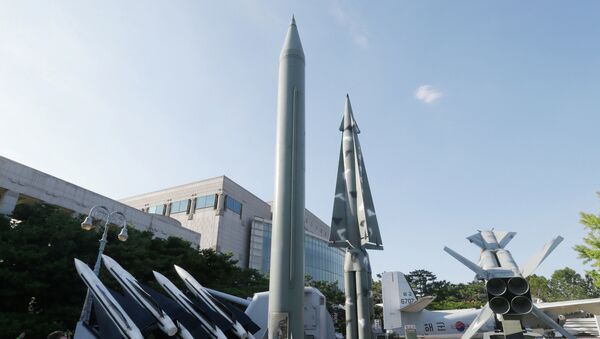 With the anniversary of North Korea’s Workers’ Party approaching, Pyongyang has hinted at the possibility of launching a ballistic missile to commemorate the event.

"The world will clearly see a series of satellites of Songun [military-first] Korea soaring into the sky," state-run KCNA reported.

Naturally, that worries South Korea and its key ally, the United States. Such a move would also be a violation of international sanctions placed against the Democratic People’s Republic. In response to the plans, Washington has indicated that it is considering a few options to deter such a launch.

Some officials are calling for additional sanctions against Pyongyang.

"Further sanctions would be one possibility."

Other officials have indicated that such a move may be enough.

"It may take more than sanctions with respect to North Korea because of its total absence of a legitimate economy," US Secretary of State John Kerry told reporters on Thursday.

The US Congress could theoretically pass legislation which would place sanctions against countries or entities that conduct business with North Korea. That would doubtlessly upset North Korean allies, and US officials have been reluctant to implement similar proposals in the past.

But another alternative solution would also likely outrage regional nations. According to the commander of US forces in the Pacific, Admiral Harry Harris, Washington may have to strengthen South Korea’s missile defense systems.

"I personally believe that THAAD is important on the peninsula as well," he said, according to Reuters, using the acronym for Terminal Altitude Area Defense.

Both Russia and China have expressed disapproval of the notion of positioning US anti-ballistic missile defense systems on the peninsula, but Moscow and Beijing have urged Pyongyang to reconsider the launch.

"China hopes that relevant party would show prudence, and avoid taking any action that may cause tension to the Peninsula and the region," Chinese Foreign Ministry spokesperson Hong Lei said last month.

"We expect that all concerned parties will exercise maximum restraint and responsibility in this situation in order to prevent escalating the situation on Northeast Asia," Russian Foreign Ministry spokeswoman Maria Zakharova told reporters.