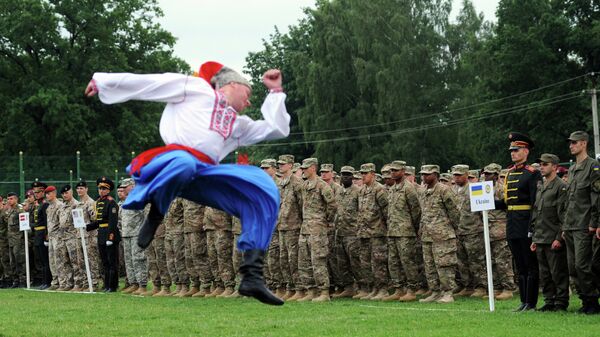 The United States and NATO's current policies towards Ukraine, as well as Russia are "far from adequate" and do not help to settle the Ukrainian conflict, defense and foreign policy analyst Michael O'Hanlon asserted.

The expert offered a plan that, he believes, could bring the months-long civil war to an end. In short, it entails creating a new security architecture for central Europe, which would be acceptable for Ukraine, Russia, NATO and other countries in the region.

"The central idea would be to have Ukraine and other former Soviet republics that are not now part of NATO remain neutral permanently," O'Hanlon observed. This arrangement would guarantee the security of these nations "without bringing them into any existing military alliance."

Any attempts to drag Kiev into the North Atlantic Alliance will only add fuel to the fire.

"NATO membership for Ukraine and other nearby countries is not a viable means of settling the current crisis in any event; not even the most hawkish voices within NATO are calling for near-term alliance membership for Kiev or any other central European state," the expert noted. But there should be no long-term membership prospects as well.

Lethal Aid: Ukraine Likely to Renew Push for Western Weapons
Any disputes or complaints with regard to the security of the states covered by the proposed agreement have to be settled through a neutral body like the Organization for Security and Cooperation in Europe (OSCE), the analyst stated in an opinion piece for the National Interest.

The plan should complement the Minks peace process, which, according to O'Hanlon, will not succeed otherwise. It should also be set in motion before the presidential election cycle in the US reaches its apex since the race will likely reduce "Washington's room for maneuver politically."

"I foresee a distinct possibility that come early 2017, some NATO countries will seek to arm the Ukrainian military with lethal equipment," the analyst noted, calling this approach "strategically perilous and probably counterproductive."