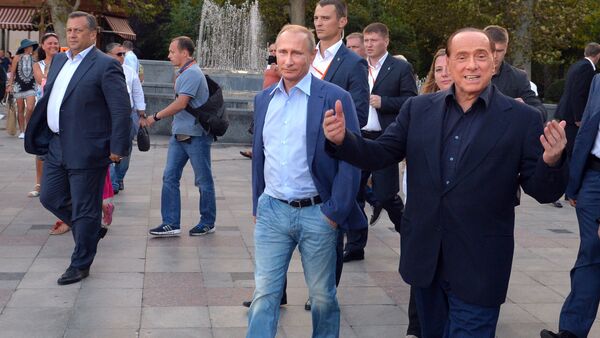 According to him, Putin showed him very interesting places on the Black Sea peninsula, in particular the ancient city of Tauric Chersonese, the UNESCO World Heritage Site.

This is the third meeting of Putin and Berlusconi this year. Early in June, the Russian president traveled to Rome to meet with Pope Francis and Italian leadership, including Berlusconi. Following the meeting, Berlusconi said that his Forza Italia party would advocate for lifting the anti-Russia economic sanctions imposed by the European Union due to the Ukrainian crisis.

“A decision was made on September 14, 2015, to prohibit Italian citizen Silvio Berlusconi from entering the territory of Ukraine for [a period of] three years in the interests of providing security to our state,” Ukraine’s Security Service said in a response to the portal.