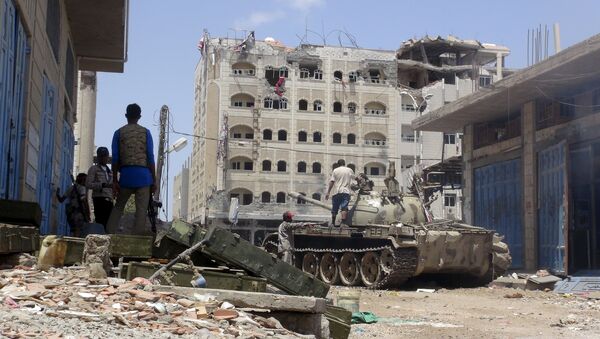 UN Blames Int'l Community for Being Silent About Casualties in Yemen
SANAA (Sputnik) – Yemen’s exiled vice president has returned to the southern port of Aden, the government’s only stronghold since it was recaptured from Houthi rebels, a local source told Sputnik on Wednesday.

The source added that the delegation was accompanied by the minister of finance, minister of public works, roads, and others. Local media named government officials from the ministries of communications, planning, foreign affairs, as being among the other returnees.

Bahah was also the first senior official to return to Aden in early August two weeks after its recapture from the Houthis.

The province’s governor suggested earlier this month that Saudi Arabia and the United Arab Emirates, two of the nations in an Arab coalition engaged in anti-Houthi airstrikes since late March, would create a security belt around Aden.