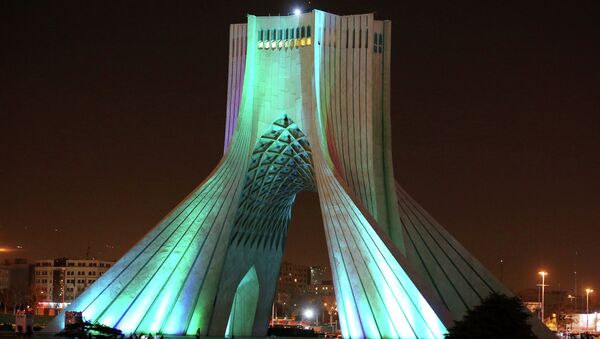 UN sanctions against Iran will not be lifted until the International Atomic Energy Agency (IAEA) sends the report on the implementation of the nuclear deal to the UN, the organization's official claimed.

Second US Senate Vote to Reject Iran Nuclear Deal Fails
UNITED NATIONS (Sputnik) — UN sanctions against Iran will remain in force until the report on the implementation of the nuclear deal, reached between Tehran and the P5+1 group of world powers, is received from the International Atomic Energy Agency (IAEA), the chairman of the UN Security Council sanctions committee, Roman Marchesi, said Tuesday.

At a meeting of the UN Security Council on Tuesday, Permanent Representative of Spain to the UN, Roman Marchesi, presented the report of the sanction's committee about complying with relevant Security Council resolutions. The report covers the period for the last three months, and is the first one after the historic agreement on the Iranian nuclear program was reached on July 14.

"During the current transitional period, up until the Security Council's receipt of the IAEA report by which the IAEA confirms that Iran has taken a set of nuclear-related actions in accordance with resolution 2231 (2015), on the day known as "Implementation Day", I would like to stress that the measures [sanctions] imposed by the Security Council… remain in full effect," Marchesi said.

UN Calls for Giving Palestinians, Israelis Hope for 'Peaceful Future'
On July 14, 2015, Iran and the P5+1 group of international negotiators, including the United States, Russia, China, France and the United Kingdom plus Germany, reached a final agreement that will guarantee the peaceful nature of Tehran’s nuclear program in exchange for sanctions relief.

"The Committee remains fully committed to the implementation of all relevant resolutions and stands ready to provide guidance to Member States that request assistance," Marchesi noted.

On Monday, Iran has confirmed its readiness to observe the nuclear agreement with the six international negotiators and the roadmap signed between Tehran and the International IAEA.