There’s No One Controlling Air Traffic at This Swedish Airport 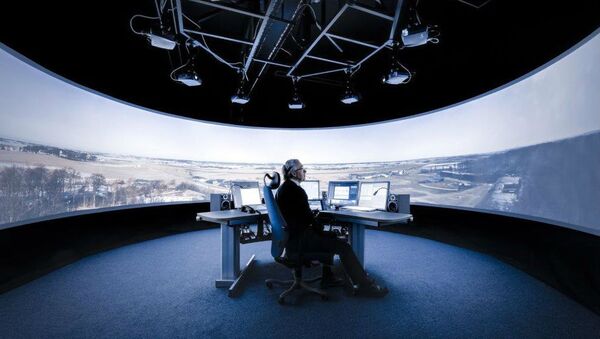 Deep in northern Sweden on the coast of the Bothnian Gulf, the city of Örnsköldsvik is becoming something of a technological pioneer.

Most passengers arriving at Örnsköldsvik Airport won’t notice the new aerospace innovation: there isn’t anybody inside of the air traffic control tower. That’s because those aircraft control technicians are watching and guiding the planes at Örnsköldsvik from the control tower at Sundsvall-Timrå, 150km (93 miles) to the south.

Örnsköldsvik is now the first airport in the world to be outfitted with the remote guiding technology.

Companies manufacturing remote systems for airports pitch that their technology is cheaper and more functional than having manned towers, but not as a replacement for personnel. In a relatively remote locale such as Örnsköldsvik, where there could be a shortage of airplane control technicians to man such an airport, the technology aims to save the industry from the headaches of personnel costs and shortages. It is also more cost efficient to pool the operators to a regional air traffic control partnered with the camera system.

"There is a lot of good camera technology that can do things that the human eye can't," says Pat Urbanek, of Searidge Technologies. "We understand that video is not real life, out the window. It's a different way of surveying."

Flying in to Örnsköldsvik airport is an essential link for residents wanting to get to the capitol in Stockholm and beyond to international destinations. It is a low-traffic airport with just 80,000 passengers per year, which makes the cost of staffing their six full time control staff at $175,000 each per year problematic.

After nearly a year and a half of testing Saab’s remote system at Örnsköldsvik, the controllers were relocated to Sundsvall’s 80-foot tall air traffic control tower.

The controllers are still adjusting to the new setup. Occasionally, they still get their binoculars to look at one of the 14 high-definition screens. The cameras spread around the airfield eliminate blind spots and include infrared and thermal imaging to see through rain, fog and blizzards.

Niclas Gustavsson, The chief of commercial development for LFV Group, the air navigation operator for 26 of Sweden’s airports, touts the added safety possibilities that come with the digital cameras. Sensors on the computers can automatically detect foreign objects or conditions on the runways and surrounding areas.

Searidge Technologies is similarly working on a system for Budapest International Airport in Hungary. And Saab is currently testing more remote systems for airports in Norway, Australia, Ireland, as well as the Leesburg, Virginia Executive Airport outside of Washington, D.C. The Leesburg system started operating on August 3 for a three-month test with the Federal Aviation Administration. Currently, Leesburg’s air traffic is guided by a radio operated regional aircraft traffic control center. If the remote video system is approved by the FAA, an expansion of the technology to other airports would become expeditious.

US Air Traffic Control System Lacks Interoperability With Other Countries

Saab’s system, though the company won’t disclose the exact cost, is significantly less expensive than building the infrastructure for a control tower. The costs of a new tower are often staggering: the new tower at Oakland Airport in California that opened in 2013 cost $51 million, while Fort Lauderdale Executive Airport’s new tower in Florida cost $15.4 million.

“Maybe, eventually there will be no towers built at all,” said Gustavsson.

Örnsköldsvik is the birthplace of many world famous ice hockey stars, most notably Peter Forsberg.