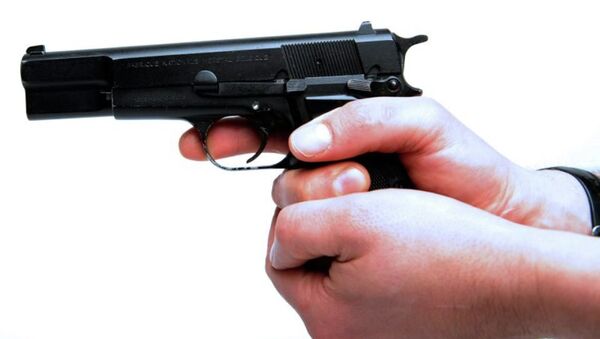 Following an investigation into 11 police forces across the UK, the highly critical report from Her Majesty's Inspectorate of Constabulary (HMIC) found that some of the country's forces had failed to tighten up and address the problems in gun licensing programs, despite receiving earlier requests to do so.

Of particular concern to investigators was the extent to which medical screening tests were undertaken to identify potentially unsuitable gun owners, with the report noting that bus drivers were placed under more scrutiny than those looking to purchase firearms.

Under current rules, police are not obliged to make contact with the general practitioner (GP) of someone applying for a gun license, unless they are made aware of a pre-existing medical condition.

In comparison, prospective bus drivers must complete a GP-administered medical examination, while also being checked for a range of medical ailments and any history of psychiatric illness.

The HMIC report urged the Home Office to introduce measures to ensure that gun licensing doesn't take place without a medical certificate from a GP.

"Britain faces gun massacre threat because of gun laws" We've done ok with these laws in recent years, why the sudden change I wonder?

One case highlighted in the report was that of Essex dementia sufferer Harold Ambrose, who killed his wife with a licensed shotgun before turning the gun on himself in May 2014.

Local police hadn't been informed of Mr Ambrose's condition by either his GP or local heath authorities, however investigators noted that neither was required to do so under current regulations.

Among other major concerns were the inconsistencies among various police forces over their implementation and monitoring of gun licenses.

Of the 11 police forces inspected, the report found that seven hadn't properly dealt with expired licenses, meaning that many gun holders kept possession of their weapons illegally.

It also found that seven police forces didn't screen firearm registers to check if there were any gun owners with domestic abuse records, despite being asked to do so by senior officials, following the 2012 murder of three women by Michael Atherton.

Atherton shot his partner, her sister and another woman before killing himself with his legally-owned gun. It was later revealed that officials had been aware of a series of domestic abuse incidents, including one where he threatened to shoot his wife while drunk.

The scrutinized gun laws relate to 1.3 million shotguns and more than half a million 'section one firearms' which include various types of guns and rifles.

Following the 1996 Dunblane massacre, Britain introduced some of the toughest gun licensing laws in Europe, with prospective gun owners required to convince local police forces that they had a good reason to own a weapon and that they would not be a threat to public safety.

Despite the laws, the number of legally-owned 'section one firearms' is at its highest level in the UK, increasing by more than 70 percent since 1998, with the report highlighting concerns over the implementation and monitoring of the country's gun licensing regulations.

"Firearms licensing is not an area which police forces can afford to get wrong: public safety relies on it. Examples of good practice exist but these are the exception."

"We found that, too often, forces are not following the Home Office guidance that is in place, sometimes inexcusably compromising public safety," he said, before adding that concrete codes of practice need to be implemented to ensure that rules are adhered to.

"Central to the improvement of the licensing process is the establishment of a set of clear rules, carrying the weight of the law, that chief constables should be obliged to follow. This must include applicants providing a report from their GP of their medical suitability — including their mental health — to hold a firearms license."