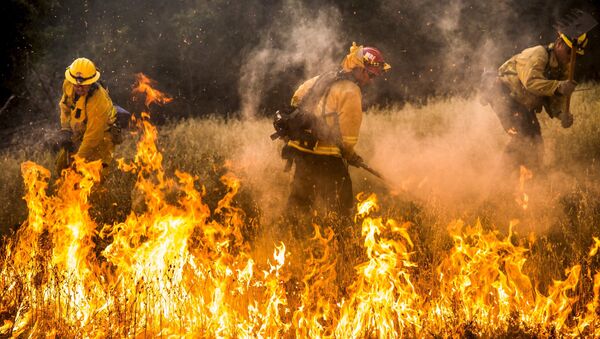 One person has reportedly died during the Butte Mountain Road fire in San Andreas, and about 10,000 people are left to evacuate the area.

California Butte Mountain Fire Continues, 71 Thousand Acres Already Burned
WASHINGTON (Sputnik) — One person has died during the Butte Mountain Road fire in San Andreas, and about 10,000 people are left to evacuate the area, according to local media reports on Monday.

The Los Angeles Times reported that one person has been left dead in the fiery blaze.

Previously, local media reported 135 houses have been eviscerated with 6,400 structures were under threat to be burned down.

On September 9, a fire broke out on Butte Mountain Road that forced many in San Andreas to leave their homes despite some evacuation orders being lifted by the authorities.

The potential hazard to infrastructure and people pushed California Governor Jerry Brown to declare a state of emergency in that area.

Over 4,500 firefighters have been fighting the fire and have contained about one third of the fire, local media reported.