Kiev Vows to Crush Donbass With Professional Unit of Volunteers 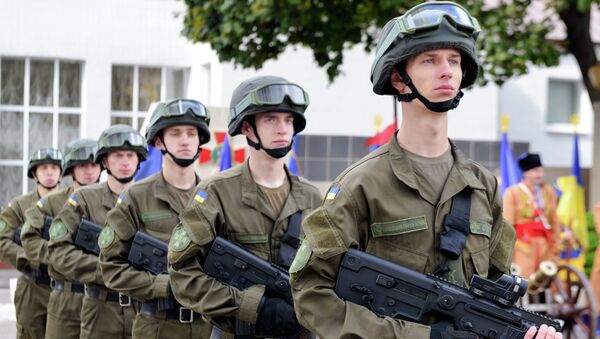 Ukraine’s National Guard, California National Guard Agree on Cooperation
A new brigade of the Ukrainian special forces, which is already being formed as part of the country's National Guard, will be deployed to eastern Ukraine to take part in its so-called "anti-terrorist operation" against the breakaway Donbass region, according to Ukrainian Interior Minister Arsen Avakov.

According to his Facebook page, the brigade will be trained in line with NATO standards and will only include volunteers, mostly those with combat experience.

He also said that the brigade's chief of staff had studied military science for two years in the United States. 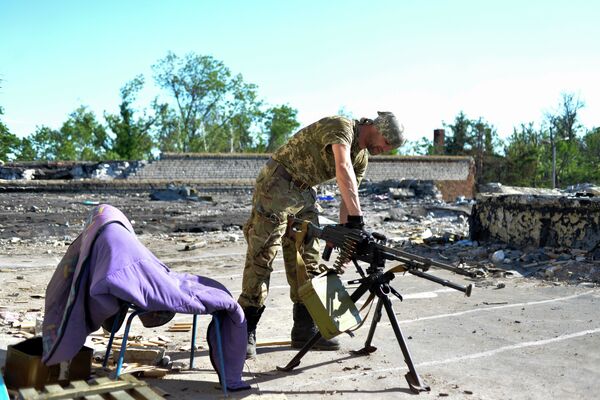 Serviceman of Ukrainian volunteers battalion of Donbass prepares a machine gun on the positions near the village of Shirokine, Donetsk region on June 6, 2015
© AFP 2022 / ALEKSEY CHERNYSHEV

According to Avakov, the creation of the brigade, endorsed by the Ukrainian Commander-in-Chief, should become the first step towards converting the National Guard into a professional army. 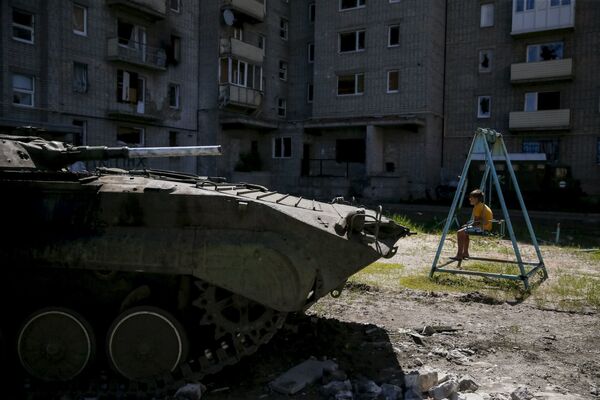 A boy sits on a swing near a building, which was damaged during fighting between Kiev and Donbass forces, as an armoured personnel carrier (APC) of the Ukrainian armed forces is seen nearby in Avdeyevka near Donetsk. June 7, 2015.
© REUTERS / Gleb Garanich

More than 7,900 people have already died in the armed conflict in Ukraine that began in mid-April 2014, according to the Office of the UN High Commissioner for Human Rights.

Poroshenko Caught Calling for Renewed Operations in Donbass
Kiev and the West have repeatedly pointed the finger at Russia, which they said allegedly backs the independence fighters who control eastern Ukraine's Donbass region. Moscow vehemently denies these accusations.

Earlier this week, the Contact Group on Ukrainian Settlement failed to agree on the withdrawal of tanks and other weapons of a caliber of less than 100mm from the line of engagement in Donbass.

The group, which comprises representatives from Ukraine, Russia and the Organization for Security and Cooperation in Europe, was set up in 2014 in a bid to promote a direct dialogue between the conflicting parties.

The extended format of the Contact Group talks includes envoys from self-proclaimed Donetsk and Lugansk People's republics in eastern Ukraine.