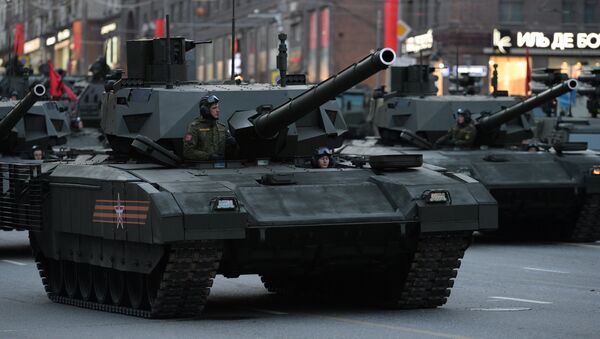 The US media has attempted to compare Russia’s new tank, the Armata T-14, with the US M-1 Abrams, which it claims is “proven, reliable and still being upgraded”. As it turns out, 'still being upgraded' means that the M-1 is effectively a work-in-progress, whereas its Russian counterpart is currently ready for the battlefield.

“The T-14 is a complete departure from previous Soviet and Russian tanks”, which “were relatively simple, extremely rugged and produced in mass quantities”, according to the article in The national Interest magazine. 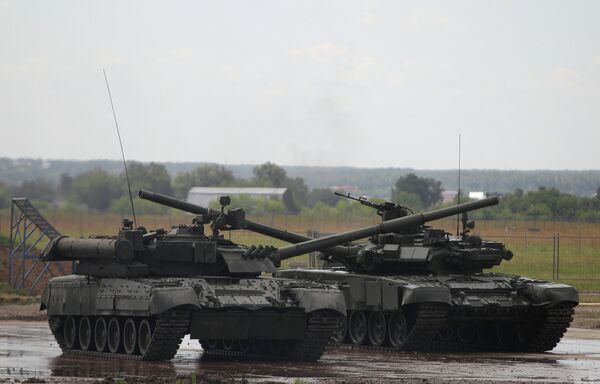 Russia's next-generation Armata main battle tank, which due to be shown to the public at the 2015 Victory Day parade in Moscow, will undergo state testing in 2016
© Sputnik / Valery Melnikov
/
Go to the photo bank

“In fact, the Armata comes in many versions as was envisioned for the US Army’s now-defunct Future Combat System program. There is a tank, infantry-fighting vehicle, a self-propelled artillery piece and a host of other variants. The most prominent of these is the T-14 main battle tank Armata variant.”

The Armata, it says, is now fitted with “a number of very advanced features that have never been implemented in an operational tank anywhere else in the world”.

First of all, it bet on “crew survivability”. In its attempt to find a reason for Russia's determination to put a premium on the safety of its troops, the media outlet concluded that it had something to do with Russia’s “declining demographics”.

Mere Existence of Su-35 Fighter Already Problem for US Air Superiority
To assure the crew survivability, the tank is equipped with an unmanned turret.

“The advantage is that the crew compartment is physically separated from the ammunition. Further, the tank is equipped with passive laminated armor combined with reactive armor and an active protection system. The Afghanit active protection system allegedly includes millimeter-wave radars to detect, track and intercept incoming rounds. Taken in aggregate, the Armata offers much-better crew survivability than any previous Russian or Soviet tank—assuming all of these features work.”

As for the Abrams, it is hailed as “a proven, reliable design that is still being upgraded." 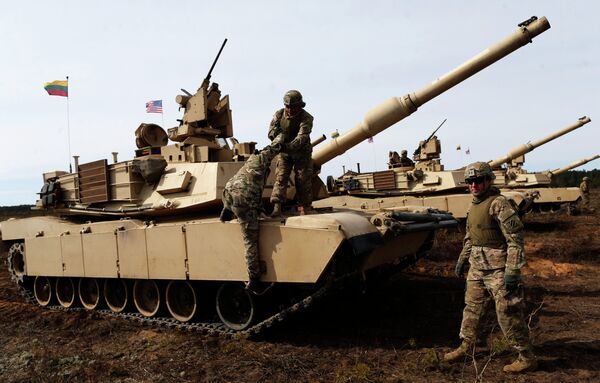 While neglecting to assess the current US arsenal's ability to measure up to Russia's latest war machines, the outlet has high hopes for the future combat capabilities of the US ground forces, claiming "the forthcoming M1A3 Will be somewhat lighter and more mobile. The US Army also Plans to replace the 120mm M256 smoothbore gun with a lighter version.”

“New guided projectiles Might also enable the Abrams to hit targets as far away as 12,000m”, it adds, optimistically.

Tank Wars: Germany Creates Armata's Rival
“But Russian tanks Are also equipped to fire anti-tank guided missiles via their main gun—it’s really a question of who sees the other first,” the outlet  reassures.

The tank that sees the enemy first almost always wins the fight, it says, neglecting the irony of the fact that Russia is already able to produce next-generation main battle tanks.

“The Armata is a new design, and it will inevitably have teething problems as it matures. Further, there is the question of whether the T-14 can be produced in numbers—that’s very much a factor, given the state of Russia’s economy. Ultimately, it could prove to be a formidable weapon,” it concludes.