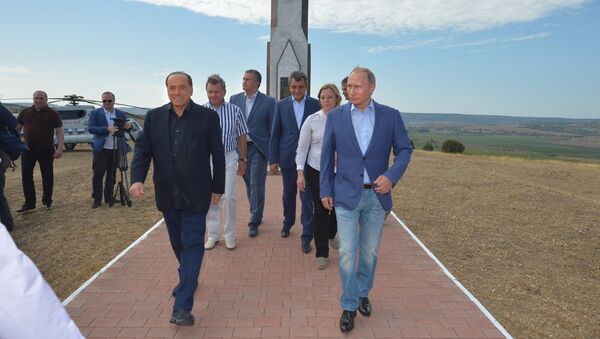 Friday's visit to Crimea by President Vladimir Putin and former Italian Prime Minister Silvio Berlusconi seemed to demonstrate that Russia continues to make progress in its promises before the peninsula's European diaspora community, and that it will honor the dead from the conflicts which have plagued the peninsula through its tumultuous history.

Former Italian Prime Minister Berlusconi Says 'Impressed' by Crimea
On Friday, President Putin met with Berlusconi in Crimea, taking a tour of the city of Yalta. During the course of their walk, the leaders entered a café, meeting with a representative of the peninsula's Italian diaspora, who complained that the Italian community had been forgotten about in the president's decree on rehabilitation of Crimea's minorities which passed into law last year.

The woman reminded the president that Italian Crimeans, numbering about 500 people, also suffered from repression, alongside the estimated 230,000 people, including the Crimean Tatars, Bulgarians and ethnic Germans who were deported from the peninsula to Central Asia in 1944 after being accused of aiding the Nazi invasion.

In March 2014, following a referendum which saw Crimea return to Russia, Putin signed a decree on the rehabilitation of the peninsula's minorities, but for one reason or another, the Italians didn't make it into the list.

Hearing the woman out, Putin promised to set things right, and on Saturday announced that he had approved changes to the decree. "I promised that we would correct it, and this morning I have already signed the amendments to the decree," Putin noted, cited by Russia's RIA Novosti.

Respect for Europeans in Crimea, Living or Dead

In the course of Berlusconi's visit, he and the Russian president also stopped by at a memorial to the Sardinian soldiers who perished in the Crimean War of 1853-1856. The war, one of the bloodiest European conflicts of the 19th century, resulted in the deaths of over 400,000 Russian, French, British, Sardinian and Turkish soldiers. 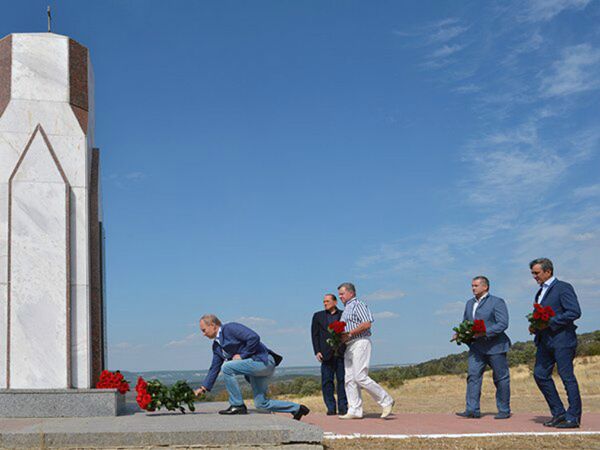 Visibly honored by Russia's upkeep of the monument, Mr. Berlusconi joined other European leaders in appreciation for Russia's respect for historical memory. In July, a delegation of French parliamentarians visited Sevastopol's French Cemetery – the largest French military cemetery outside France, commenting on its well-kept condition and showing their gratitude for authorities' respect for history. The delegates had earlier heard rumors in French media that the memorial had fallen into disrepair. The delegates voiced their regret that diplomatic tensions do not allow France to assist the city financially in the cemetery's upkeep. 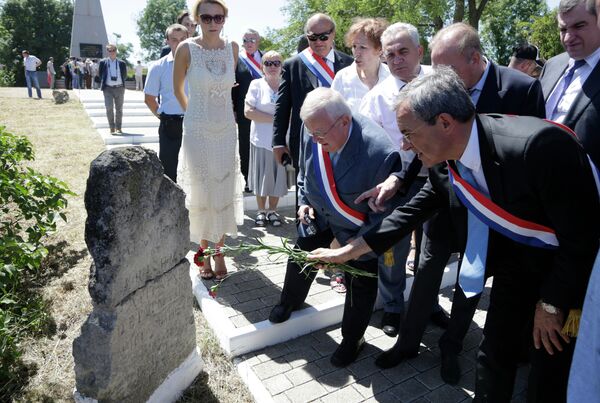 Thierry Mariani (right foreground), Member of the National Assembly and Co-Chair of the Association Dialogue Franco-Russe, with the delegation of French MPs laying flowers at the memorial at the French military cemetery in Sevastopol, July 2015.
© Sputnik / Maks Vetrov
/
Go to the photo bank

Local authorities have quietly committed themselves to maintaining and restoring the resting places and memorials to the heroes of the Crimean War, Russians, Ukrainians and foreigners alike. In 2015, Sevastopol officials committed 11 million rubles toward taking care of the city's cemeteries, including its French, British, and Sardinian/Italian sections.

French Delegation’s Visit to Crimea ‘Message’ to Russian Friends – Lawmaker
Commenting on Mr. Berlusconi's visit, Russian social media buzzed about the need to do more to honor the foreigners who perished on Crimean soil, from preserving and resurrecting cemeteries, to the creation of memorial parks and even museums. Commentators noted that remembrance of the war doubtlessly remains just as important to the people of Europe and Turkey as it is to the Russians.

The write-up to the Crimean War on the website of Sevastopol's Military Historical Museum of Fortifications appears to have captured the prevailing mood on the necessity of preserving historical memory, noting that despite the fact that the war happened over a century-and-a-half ago, "we do not have a right to talk about it as an event which took place 'a very, very long time ago.' Undoubtedly, the Crimean War of 1853-1856 is a part of European history – of the history of a united Europe…Since then, nearly 160 years have passed, but the memory of the heroes of that war unquestionably persists in many Russian and Ukrainian families, and among British, French, Turkish and Italian families as well."