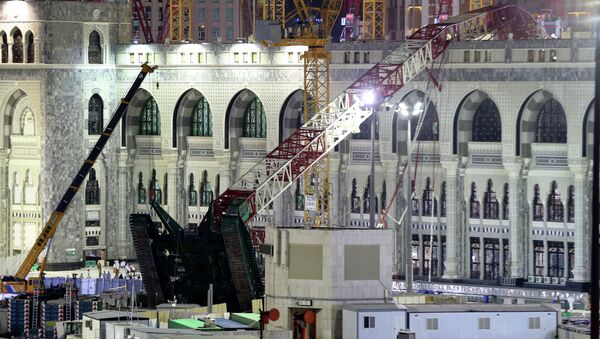 Asia
Scores Dead as Crane Crashes Into Mecca's Grand Mosque
MOSCOW (Sputnik) – On Friday, a construction crane fell on the mosque during the stormy weather, killing at least 107 people and injuring over 230.

“The head of the Russian Federation stressed that Russia expresses its condolences amid numerous deaths of pilgrims, who came to the holy Muslim site during the Hajj season,” the Kremlin press service said.

The Grand Mosque is the world’s largest and houses the most sacred site in Islam, Kaaba — the black cubic building that Muslims around the world face while praying.

According to one of the five basic acts in Islam, every Muslim has to make the pilgrimage to Mecca at least once in their life and circle the Kaaba.