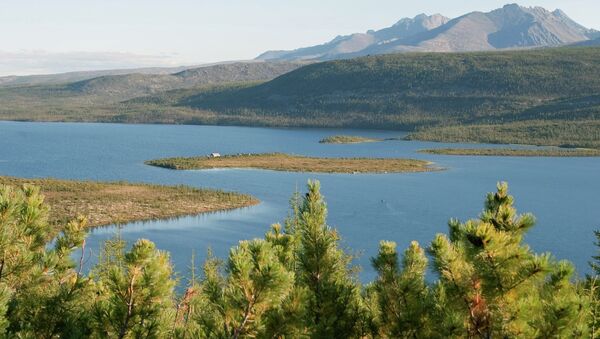 © Wikipedia / Bartosh Dmytro
Subscribe
The huge influx of migrants into Europe might one day force the Europeans to flee their own land, seeking for shelter. The Polish media even suggests they could find refuge in Russia’s Siberia; many already see it as “durable and stable” and secretly wish the “polite people in green uniforms would one day ensure their stability”.

Hungarian Police Make Migrants Fight for Food at Brutal Refugee Camp
Having found themselves in the middle of the migrant chaos, many Europeans may one day wish to simply run away from the problem, suggests the Polish news website Obserwator Polityczny.

It reckons they will follow in the footsteps of Crimea and gives its reasons why.

“With the deepening collapse of the West, every year Russia will become the only durable and stable country in an unstable environment,” the website states.

“Even today, many people from countries ruled by soft-gender politicians, which are unable to cope with the relatively trivial problem of illegal immigration, look to Russia with admiration and hope.”

The website is sure that Russian politicians will “not leave their residents and hide under the desk, waiting until circumstances change so that they can go to the cameras again and lie”.

It also states that the Russian model of state organization has proved to be “more effective, more efficient and, basically, fully resistant to interference”.

Migrants, Refugees, Clandestines and… Jihadis
The Russians, it elaborates, can sleep peacefully in their beds all the way from Kaliningrad (Russia’s westernmost city) to Magadan (Russia's easternmost large city on the Pacific), because they are confident that “whoever comes to them with a sword, will perish by the sword”.

And all the above, it adds, is despite the country having given refuge to millions of people who have fled the war-torn Donbass region into Russia and despite the anti-Russian sanctions.

Meanwhile, in Europe it is all very different nowadays.

US to EU: Sanctions Are For Suckers!
The migrants who keep coming in from the Middle East and Africa, the website says, are not respecting their laws and customs and even at night behave in a way which most people perceive as a threat.

In Hungary, for example, a peaceful night's rest has become a long-forgotten memory. Residents have taken control of their neighborhoods, patrolling villages and small towns, because the Hungarian government is apparently afraid to intervene, for fear of the derision of the European press and accusations of fascism.

“There are fewer countries in the world where you can lie down to sleep in peace, without fear that a stranger will come to your home at night and cause you harm.”

A year ago, the newswire says, ordinary Europeans couldn't have been foreseen that today they might appreciate being in Crimea's shoes, and readily greet the appearance of "polite people in green uniforms ensuring stability, peace and security.”

The above comes in reference to the term “polite people”, which was used to describe the Russian troops who anonymously maintained order during the unification of the Crimea peninsula with Russia in 2014.

But then another question pops up: where will Europe get these peacekeepers from?

Western Isolation of Moscow Helps Putin, Opens New Opportunities for Russia
In Poland, the website says, most professional soldiers are only on duty until 3:00 p.m. Then, it explains, they put on their civilian clothes and go home, like ordinary workers.

It is no different anywhere else in in Europe. Western countries have their armies, which already do not have tanks, because they are too expensive, and during training they have to save on ammunition.

The website ironically recommends that the countries would do best to study the Russian Constitution for the terms of accession to the Russian Federation. But does Russia need any newcomers?

“The Russians have television, and have Internet access to see what's going on in Europe", it states.

And the larger selection of cheeses is no longer regarded as an argument.