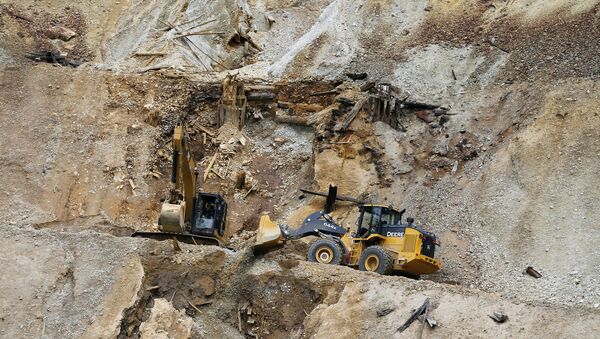 The US Departments of Agriculture (USDA), the Interior, Defense (DOD), and Energy (DOE) identified thousands of contaminated and potentially contaminated sites on land, but do not have a complete inventory of sites, in particular, for abandoned mines, according to the US Government Accountability Office (GAO).

WASHINGTON (Sputnik) — US government agencies have marked thousands of polluted sites throughout the United States, but still do not have a complete list of all contaminated locations, the US Government Accountability Office (GAO) stated in a report released on Friday.

"The Departments of Agriculture (USDA), the Interior, Defense (DOD), and Energy (DOE) have identified thousands of contaminated and potentially contaminated sites on land they manage, but do not have a complete inventory of sites, in particular, for abandoned mines," the report stated.

In January, GAO said there were 1,491 contaminated sites on lands the Agriculture Department manages. The Interior Department had marked 4,722 polluted sites and the Defense Department 38,804 sites in its inventory.

US Fracking Well Operator Indicted for Alleged Water Pollution Cover-Up
The numbers were and remain incomplete, the GAO noted.

Agriculture Department Forest Service officials estimated there are 27,000 to 39,000 abandoned mines on its lands, 20 percent of which may be hazardous, according to the report.

Moreover, Interior’s Bureau of Land Management said more than 30,000 abandoned mines are yet to be assessed for contamination.

The GAO noted it has already made recommendations to the agencies to identify and assess contaminated sites, but some of them have not been fully implemented.

As of August 2015, the US Environmental Protection Agency has listed 2,323 federal sites as potentially hazardous and harmful to human health, according to the report.