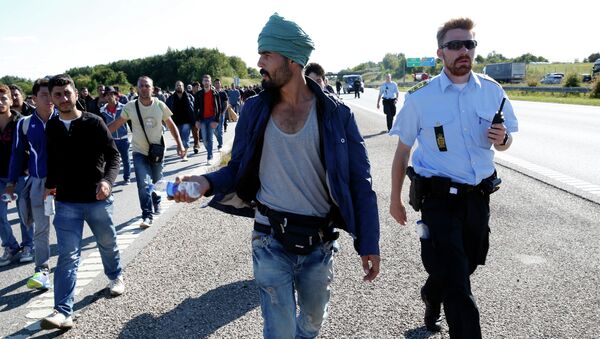 "Our proposal is therefore that we can move forward on a voluntary basis, but we cannot proceed under compulsion," Finnish Foreign Minister Timo Soini was quoted as saying by the Yle national broadcaster.

The outlet cited Interior Minister Petteri Orpo as confirming Prime Minister Juha Sipila's view that each European Union member state should decide the number of asylum seekers it is willing to accept on its own.

On Thursday, the European Parliament backed European Commission President Jean-Claude Juncker's proposal to relocate a total of 160,000 refugees throughout EU member states over two years. According to Juncker, Europe must accept the migrants "in a compulsory way."

Finland has been asked to accept a total of 2,398 – or 2 percent of the total to be relocated to the other 27 EU members – migrants currently in Greece, Italy and Hungary.

The quota system seeks to resettle migrants among the bloc's 28 members based on their population, total gross domestic product, average number of asylum applications and ratio of refugees to one million inhabitants, as well as unemployment rate.