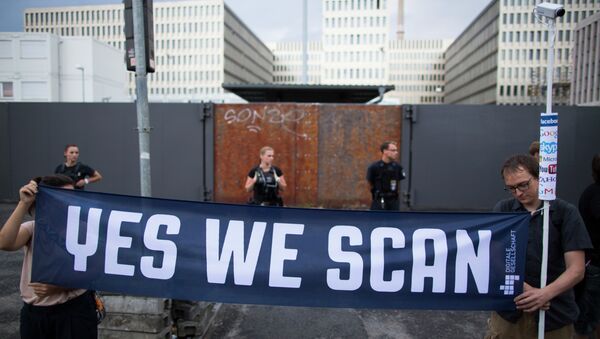 Despite an ongoing investigation into the controversial mass surveillance program run by the German intelligence agency, BND, in co-operation with the US National security Agency (NSA), the BND is facing criticism for expanding its operations.

The issue of mass surveillance has taken on a prominent role in public opinion in Germany ever since former CIA contractor Edward Snowden — now living in Moscow — spilled the beans on the operations of the NSA, as well as the British intelligence agency GCHQ. Many in Germany resent the mass surveillance of Internet, email and telephone conversations.

The issue came to a head when it was revealed that German Chancellor Angela Merkel's mobile phone had been intercepted by the NSA, forcing Merkel to complain personally to US President Barack Obama.

Then, however, it was revealed that Germany's own intelligence service was in cahoots with the NSA by running an operation in Germany, snooping on industrial giants such as Siemens and Airbus, as well as politicians and state officials.

Snowden and other sources claimed that the US embassy in Berlin, overlooking the Reichstag, was being used as a base for a special unit of the CIA and NSA to monitor a large part of cellphone communications in the government district.

Merkel was plunged into a political crisis when it was revealed that her own Chancellory was aware of the operation and she was forced to appoint a senior judge to launch an investigation into the affair.

Lawmakers in Germany have called for the appointment of an independent surveillance supremo to oversee the work of the BND, on their behalf.

Despite this, the BND is moving to a brand new huge office block in Chauseestraße, in Berlin's Mitte district, which critics say is a sign that it is expanding its operations. The building  — which is due to be completed in 2016, has been surrounded by protesters, bearing banners saying "Refugees welcome, BND go away" and "You are now leaving the democratic sector" — a reference to the checkpoints in divided Cold War Berlin.

"Most people are still worried about the NSA," said Torsten Grote, who joined the protest and works with Free Soft­ware Foundation Europe, a group that lob­bies against big pro­pri­et­ary soft­ware com­pan­ies such as Mi­crosoft, Google, and Face­book. Speaking to Nextgov, he said:

"We can't re­form the NSA, but we can do something about the BND."

The new complex will be capable of housing 4,000 staff and will, replace the current HQ in the Bavarian town of Pullach — in a move many see as a huge consolidation in the nation's capital, making it a politically high-profile issue at a time when mass surveillance is under the media microscope.

"We fear a bit the outcome of the Snowden revelations are not to be seen as a signal for saving civil liberties, but: 'Oh, let's do the same. We can do much more surveillance."

"So, the BND is get­ting more money for building up its capabilit­ies for mass surveillance," Beckedahl said.