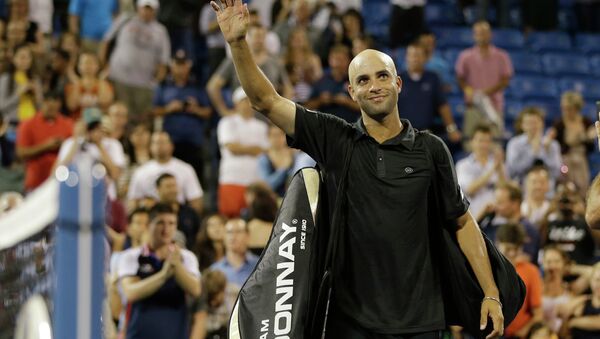 © AP Photo / Darron Cummings
Subscribe
New York City Police Commissioner William Bratton has expressed concern about the use of excessive force in the arrest of former tennis star, James Blake, who was attacked and handcuffed by plainclothes police officers on Wednesday after being mistakenly identified as a suspect in an identity theft ring.

Black Tennis Star Slammed to Ground by White NYC Cops on His Way to US Open
James Blake, a 35-year old African-American former tennis player, was waiting for a car to take him to the US Open outside his hotel in Midtown Manhattan, when a witness mistakenly identified him as a suspect in a fraud ring. The tennis star, once ranked fourth in the world, was then charged by a plainclothes police officer who picked him up and threw him to the ground before handcuffing him.

He was surrounded by five other police officers and held for fifteen minutes before they realized they had made a mistake. According to Blake, none of the officers involved identified themselves as law enforcement, and the man who slammed him to the ground never apologized.

Speaking to reporters at a news conference on Thursday, Police Commissioner William Bratton said he would like to extend his apology to Blake.

"I would be very interest in talking to him to extend my apologies," he said, according to the New York Daily News. "Mr. Blake had no role or involvement in the criminal investigation that were conducting and was totally innocent."

Bratton, who was appointed as commissioner by Mayor Bill de Blasio in an effort to improve relations between police and minority residents in the city, also said he was concerned about the use of excessive force in the incident. 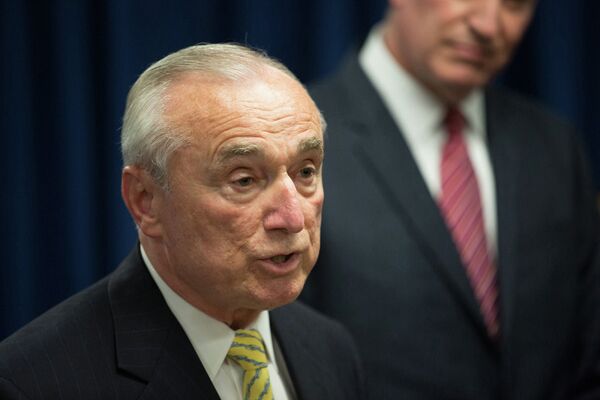 The incident was captured on video, according to the commissioner, and the police department was currently reviewing the footage as part of an ongoing investigation into the officers’ actions. The officer who slammed Blake against the sidewalk and arrested him has also been placed on desk duty as the investigation continues.

"I have concerns about the takedown,” Bratton said. “The concern we had: was the force used appropriate, and the initial review – we believe it may not have been."

However, in an interview with CNN’s 'New Day' on Thursday, Bratton insisted that the incident was not influenced by race, saying that Blake simply very closely resembled a suspect in a fraud ring that was operating in the same area last week.

"Race has nothing at all to do with this," he told CNN. "If you look at the photograph of the suspects, it looks like the twin brother of Mr. Blake. So let’s put that nonsense to rest."

A witness, according to Bratton, identified Blake as someone who had given him a fraudulent credit card after a phone sale.

When asked by the NY Daily whether or not he thought the incident was related to racial profiling, Blake said he was unsure.

Speaking at ABC’s 'Good Morning America,' Blake said he had chosen to go public with the incident after discussing it with his wife.

"I was furious because I thought about what I would be thinking if someone did that to my wife, if someone tackled her in broad daylight, paraded her around in a busy, crowded sidewalk in New York City with handcuffs," he said.

Blake’s arrest comes at a time of heated nationwide dialogue on racism, justice, and police brutality. A string of incidents involving the death of black suspects at the hands of police officers in a number of states, including New York, Baltimore, and Missouri has sparked protests across the nation that have sometimes turned violent.

The death of 43-year-old Eric Garner in New York last year after he was placed in a chokehold by police officers who suspected him of illegally selling cigarettes has prompted the city to revamp its police training. Blake’s arrest on Wednesday has revived questions over whether the training is effective in controlling the use of excessive police force.