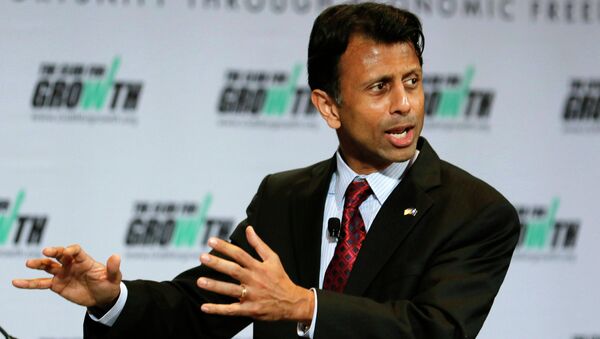 Republican presidential candidate Bobby Jindal claims that Obama’s policy toward Russia has been ineffective and wrong.

Since 2014, the United States and its allies imposed several rounds of sanctions on Russia over Moscow’s alleged involvement in the conflict in eastern Ukraine, and what they term was an annexation of Crimea.

NATO Could Take a Walk Down Memory Lane and Stop Provoking Nuclear War
Russia has repeatedly refuted the accusations and was on the forefront of negotiating the Minsk agreements for a peaceful resolution to the conflict in Ukraine. Moreover, residents of Crimea overwhelmingly chose to reunite with Russia in a popular referendum in March 2014.

"I think that peace through strength works," Jindal also said. "We need to have NATO deployments in Eastern Europe with our allies. I think that actually deterrence works."

Cooperation between the United States and Russia may be constructive but if conducted from the position of strength, Louisiana Governor and Republican presidential candidate Bobby Jindal told Sputnik on Thursday.

The United States and Russia continue to cooperate in some areas, including in counter-terrorism, in the resolution of the Syrian crisis, in space as well as the arts, among other areas.

"But to date, when you look at Russia’s interventions in Syria, it hasn’t been helpful," Jindal claimed.