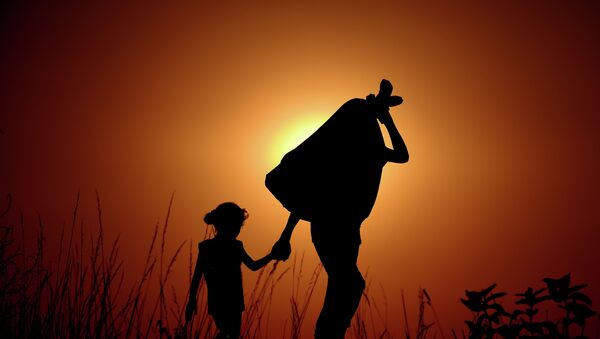 The Russian Presidential Council for Civil Society and Human Rights calls for the hosting of Syrian refugees in Russia.

MOSCOW(Sputnik) – The Russian Presidential Council for Civil Society and Human Rights plans to file a federal request for the hosting of Syrian refugees in Russia, the Izvestia newspaper reports.

The refugees in question are the Circassians, a North Caucasian ethnic group, who were displaced from the Caucasus in the 19th century, the newspaper said on Thursday.

According to the Presidential Council for Civil Society and Human Rights, the current quotas in Russia are too limiting and do not allow for sufficient foreigner admission. The Council proposes that Russia host up to 10,000 Circassian migrants from conflict-torn Syria, where a total of about 80,000 Circassians live.

McCain: EU Migrant Crisis ‘Predictable Result’ of Obama Policy in Syria
The Council stressed in its Thursday request that the inflow of migrants will not put any strain on Moscow or other major cities in Russia as Circassians prefer to settle in rural areas.

A wave of refugees from conflict-torn countries in the Middle East and North and Sub-Saharan Africa has recently triggered a migrant crisis in the European Union. Some 500,000 people have arrived in Europe since the beginning of 2015, many from Syria, according to European Commission President Jean-Claude Juncker.

On Wednesday, Juncker called on EU member states to resettle a total of 160,000 migrants throughout the bloc over the next two years under a new plan of binding quotas.