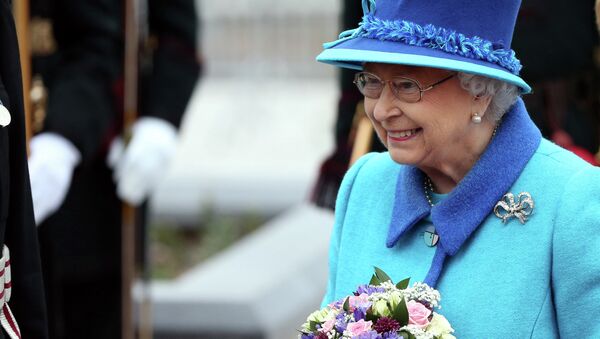 The Queen passes the reigning record, set by the late Queen Victoria at around 5:30 pm (GMT) when she will have been on the throne (not literally, because she mostly wears hats) for 23,226 days, 16 hours and 30 minutes.

So, that means Her Majesty has worn the crown (not literally) for 62 years and 217 days.

Congratulations to our Patron, HM The Queen, on becoming the longest-reigning monarch. #longestreign pic.twitter.com/kHyKS0rpsM

The Queen assumed the throne in 1952, aged just 25. She has been married to the Duke of Edinburgh for nearly 68 years, and they have four children, eight grandchildren and five great grandchildren.

Today HM #TheQueen becomes our longest reigning monarch. We are proud to have her as our Patron @BritishMonarchy pic.twitter.com/7Dsm1fCAJ0

As Head of State, she is estimated to be worth $522 million (£340 million). Her Majesty has overseen 12 Prime Ministers and ruled over more than 30 corgis.

But the Queen decided to make just a brief comment on the historic moment as she opened up a new railway on the Scottish border, admitting it was a moment she had never aspired to.

"Inevitably, a long life can pass by many milestones. My own is no exception. But I thank you all and the many others at home and overseas for your touching messages."