Germany Not Interested in Stopping Migrants’ Influx to EU – Lawmaker 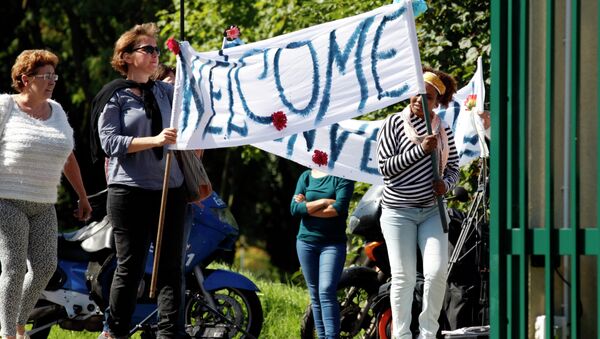 Germany is not interested in stopping the migration, as the government can use migrants as cheap labor.

Berlin Cannot Take 'Whole World to Germany' Amid Migrant Crisis
MOSCOW (Sputnik), Svetlana Alexandrova — The German government is not interested in shutting off the influx of the migrants into the country as they could be used as a low-wage labor force, necessary for the economy’s development, a Lebanese parliamentarian said Wednesday.

“Germany is not interested in stopping the migration, they are using migrants as cheap labor," Walid Sukkarieh, a member of the Lebanese parliamentary delegation currently on a visit to Moscow, said at a press conference.

He added that most of the migrants were crossing into the European Union through Turkey, where a smooth-running smuggling scheme was in operation.

Germany Needs Migrants as 'Slaves' - Marine Le Pen
“Turkey could stop it, but it is not interested [in doing so] since [Ankara] wants to change the ethnic composition and balance in some states’ society [population],” Sukkarieh pointed out.

Germany is one of several EU countries reeling from the rapidly escalating migrant crisis, as hundreds of thousands of people flee their homelands in the Middle East and North and Sub-Saharan Africa in the hope of finding refuge in the European Union.

The German Interior Ministry said it expected 800,000 asylum seekers and refugees to arrive in the country by the end of the year, a figure almost four times greater than in 2014.