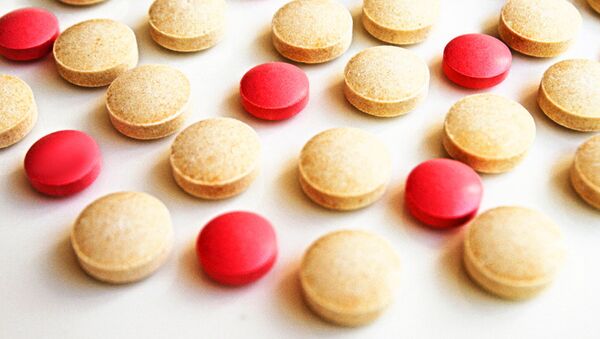 An alternative medicine conference in a small German town devolved into chaos after 29 delegates consumed what appeared to be an LSD-like hallucinogenic drug.

Dozens of participants at the “Heilpraktikers” forum in the town of Handeloh south of Hamburg required emergency medical assistance after taking pills similar to LSD, the Independent reported.

The small town with a population of about 2,500 people wasn’t prepared for the emergency at what appeared to be a quiet medical conference; there wasn’t an adequate number of personnel available to deal with the affected participants, according to Metro.

Eventually over 150 medical staff and law enforcement arrived at the hotel that was hosting the event, where patients were found experiencing strong delusions and breathing problems.

New Killer Synthetic Drug ‘Flakka’ Sweeps Across United States
In some cases the situation was quite serious, Deutsche Welle noted. Men and women between the ages of 24 and 56 were “staggering around, rolling in a meadow, talking gibberish and suffering severe cramps,” according to NDR.

Many patients were hospitalized, and tests showed they’d been affected by a psychedelic and hallucinogenic stimulant called 2C-E, which causes a reaction “somewhere between ecstasy and LSD,” leading to hallucinations, sexual arousal, hypersensitivity and other effects that may become “more intense and uncontrollable” in case of overdose, media reported. The substance is illegal in Germany, as well as in the US and UK.

Representatives from the German government’s expert commission for narcotics suggest that the homeopathy practitioners may have been unaware of the consequences of taking the pills.

“It must have been a multiple overdose. That does not support the view that the people concerned took the hallucinogen knowingly,” commission member Torsten Passie told NDR.

German Nurse “Honestly Sorry” He Killed 30 Patients Out of Boredom
Police are investigating to determine whether the incident stemmed from some kind of joint experiment, or whether someone pranked the unlucky homeopaths. So far, no arrests have been reported.

The Association of German Healing Practitioners (VDH), a professional group for homeopaths in Germany, quickly distanced itself from the incident, with organization representatives pointing out that “the organizers of this obscure conference are unknown to us” and “such acts are not in the spirit of natural therapy, and contradict our values both morally and legally.”