Spain Should Accept As Many Refugees As Possible - Foreign Minister 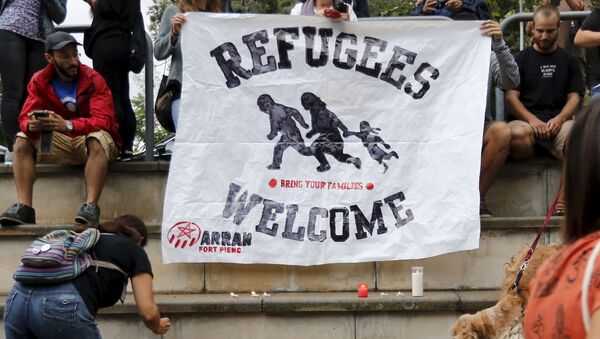 © REUTERS / Gustau Nacarino
Subscribe
International
India
Africa
According to Spain's Foreign Minister Joe Manuel Garcia-Margallo, the country should accept as many refugees as it's possible.

"Spain should take as many refugees as possible because solidarity is the basic principle of the European project," Garcia-Margallo told the national La Cadena SER radio network.

The diplomat stressed the need to "help migrants, whose situation is highly critical, as soon as possible," is the primary task for the country.

"We will accept every refugee we can, but even that will never be enough because we are talking about astronomical numbers. But we must make sure we have the means to house and feed them," Garcia-Margallo reiterated.

However, the top diplomat noted that the power to allocate resources to uphold Spain’s commitment lies with the Spanish inter-ministerial commission, headed by Vice President Soraya Saenz de Santamaria.

Berlin Should Stop Lecturing Warsaw Over Migrants - Polish Deputy PM
Garcia Margallo’s announcement comes as the European Union is due to ask Madrid to take in some 15,000 migrants over the next two years in accordance with a new quota system.

European Commission President Jean-Claude Juncker is expected to announce the new quotas, adding an extra 120,000 people to the 40,000 proposed this spring, on Wednesday.

Spain received more than 6,000 asylum applications in the first half of 2015, surpassing the applications received in the entirety of last year. The data is dwarfed by the estimated 340,000 migrants detected by the European external border agency Frontex through July this year.