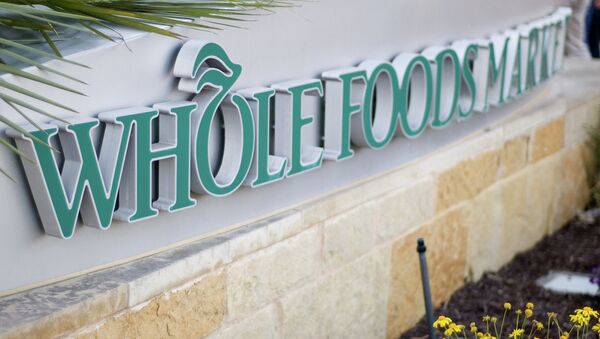 © Flickr / Laura Taylor
Subscribe
A bloody altercation took place between an armed security guard and a man who was trying to buy groceries with his EBT card at the Whole Foods Market near Lake Merritt in Oakland, according to a witness who took to social media to share her account of the incident.

Facebook user Zoe Marks posted the following message: "I just saw a young man violently assaulted by an armed security guard at Whole Foods — slammed repeatedly against concrete pillars, put in a chokehold, restrained, and suffocated until he was thrown face down on the pavement unconscious. The guard locked him out of the store despite the fact he was immobile. Not a single employee called the paramedics."

Homeless Man Beaten By California 'Hospitality Ambassador'
Marks also posted graphic photos of the altercation including one that supposedly showed the man lying face down on the ground next to his own blood.

The post continued, “I'm sorry for more graphic images of violence against black citizens, but I was here and spoke to the victim (to keep him conscious), perpetrator, several bystanders, and cops. Armed private guards cannot be tolerated in our grocery stores and communities when this is what they do to paying customers."

According to the Oakland Police Department, OPD dispatch was contacted by OFD on Sep. 3, at 9:42 p.m., regarding an unconscious man that security had called in.

The OPD is investigating the incident and said the victim was at a local hospital in stable condition.

According to a company spokesperson, the security guard has been “permanently removed from Whole Foods Market.”

"He wasn't shouting at anyone,” Marks told the Oakland Tribune. “He wasn't violent or disruptive”