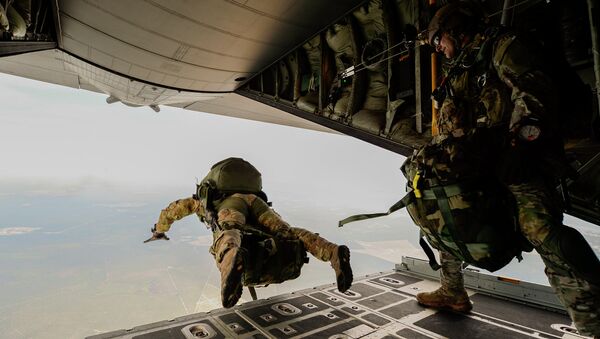 © Flickr / The US Army
Subscribe
The US military is not learning its lessons: top-secret operations’ flights may be regularly tracked through online airspace monitoring resources by literally anyone. One doesn’t even need a laptop – a mobile app is sufficient to find out where the American military machine is going to strike next.

Modern terrorist organizations are apparently not a peasant militia – they use the most advanced communications and technologies to be able to fight against the whole world. But having access to public flight tracking services available for free 24/7 makes it possible and easy for some jihadist sitting in a rat hole in a desert to track Western military planes sorties using a $25 smartphone. The only thing Western pilots have to do to let that happen – not to turn off their planes’ transponders. And they are doing just that way too often. 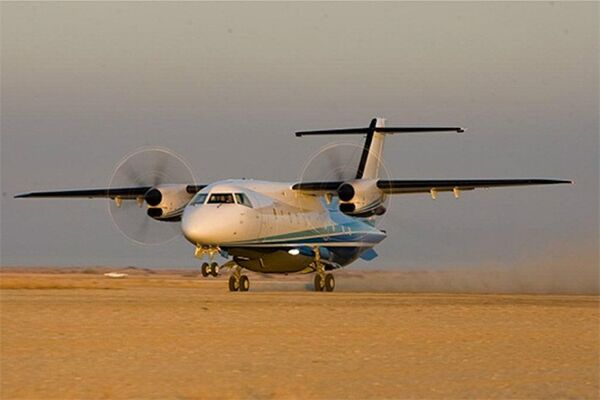 C-146A Wolfhound is a tactical transport aircraft designed for the US Air Force
© Photo : airforce-technology.com

A recent case brought to light by VICE News developed in Tunisia, where US special operators were likely conducting a counterterrorist operation. According to open data from Flightradar24.com, on August 25, 1:24 p.m. local time a flight using radio call sign Magma 30 (tail no N385EF), which was a C-146A Wolfhound, reportedly belonging to the 524th Special Operations Squadron of the US Air Force Special Operations Command (AFSOC), took wing heading from Tunisia to the border with Algeria.

The day after, a Beechcraft B300 Super King Air (tail number N351DY) took off from Pantelleria, an Italian isle close to Tunisia, taking part in a support mission for US Africa Command in search for terrorists who plotted the March 2015 attack in Bardo Museum, VICE News states. 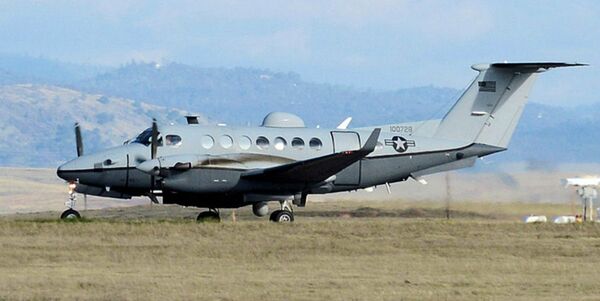 The Wolfhound’s primary mission is taking Special Forces operators and secret agents in and out of operation zones. The Super King is essentially a civilian version of the intelligence, surveillance and reconnaissance plane MC-12W, equipped with comprehensive sensors and communications alongside a laser target designator, which makes it a perfect covert weapon for supporting the extermination of bad guys. The Wolfhound most likely dropped off a special operations unit, while the Super King provided mission with technology support the next day.

Good morning Air Commandos! What are your goals for this week? #motivationmonday pic.twitter.com/hmjv3Var2R

'Loose Tweets Destroy Fleets': Air Force Issues Social Media Warning
Flightradar24 records indicate that the Super King has been flying above Tunisia ever since. On the contrary, while looking up the Wolfhound data, the site shows the following message: “Sorry, but we could not find flights for specified aircraft in our databases.” This most likely means a government request has been sent to the site and Flightradar24 removed the sensitive info – it is a common practice, according to the site spokesperson Ian Petchenik in an interview with VICE News.

The method used by Flightradar24 and similar online resources for tracking flights is interception of location, height and speed data sent from planes’ transponders, which are transmitted openly as a means of airspace security.

Military pilots do know how to avoid being noticed – they just have to turn off the transponders, which they often neglect to do.

This latest Tunisian episode should be viewed as a part of a trend of air forces worldwide ignoring threats of their combat missions being easily tracked by unwanted eyes.

“There are times when I think the OPSEC [Operation Security] community becomes utterly disengaged from reality, and this is one of them,” Robert Hopkins III, a former commander of intelligence-gathering aircraft in the 1980s and '90s, told VICE News. “Looking at FR24 on a laptop and seeing a slew of KC-135s with the call sign "Quid" orbiting off Cyprus is a good indicator that a strike package is on its way to Syria, no matter how good the OPSEC of the strike aircraft might be.”

The most significant event in which military aircraft conducting air strikes were monitored on a public website was during the 2011 war in Libya. As far as it is known, no plane has been downed using online tracking data, but who knows how many terrorists saved their lives by hiding after they got to know something big and serious is flying in their direction… If it is not a grave breach in OPSEC, then what is it?

Look at FR24 right now, how many military planes flying over Middle East can you find? While writing this article, we’ve tracked at least one Swearingen SA-227, a civilian version of C-26 assigned to AOD (Air Operation Division) at Navy Air Station Sigonella on Sicily. Either the plane is equipped with an array radar or targeted for high-altitude airdrops of groups up to 13 operators, heading for Tunisia. By the time the article was finished, the suspected C-26 vanished from radars — probably, the pilot just turned off the transponder… 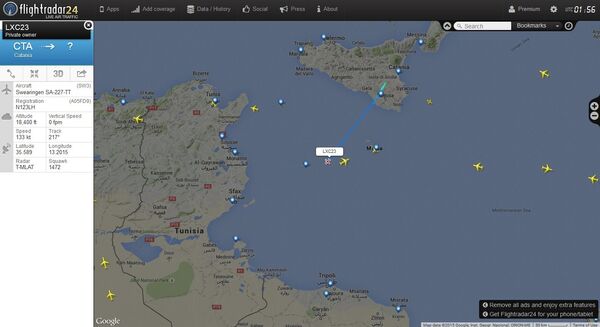