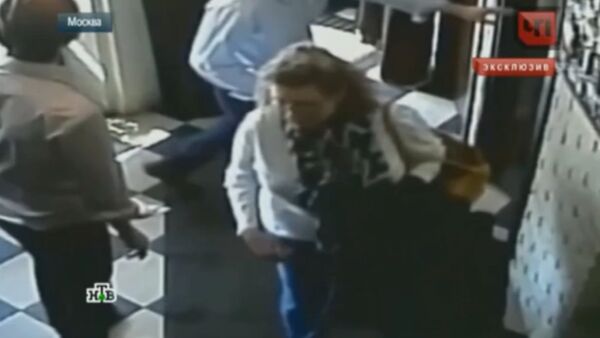 Russia's NTV channel aired a segment showing the work of apparent Central Intelligence Agency (CIA) operatives in Moscow before they were exposed by Russia's counter-intelligence.

While the work of operatives is generally kept secretive, occasional slips do occur, such as in the case of Ryan Fogle, arrested in Moscow in 2013 and Anna Chapman in New York in 2010, leading to widespread interest in the general public. The case of the three alleged CIA operatives attracted interest after it was found that one of them, a white man, disguised himself as a black woman using a photographic mask and a heavy jacket.

"Over the past year, security services exposed 290 foreign agents, their activities were suppressed in one way or another. This did not necessarily mean arraignment, or arrest, it could be deportation through diplomatic channels and other methods of suppressing their intelligence activities," Russian author and intelligence service expert Oleg Khlobustov told the channel.

High-Profile International Spy Scandals of 2013-2015 - Facts and Details
The said agents' identities were released in part thanks to the widespread use of closed-circuit television (CCTV) cameras in private establishments such as restaurants. The videos appear to be made in February and March 2015.

The three apparent agents, Robert Hines, Timothy Finnegan, and John Granos were shown sporting various disguises. The most unusual was that of Robert Hines, who dressed as a friend of his wife while taking a stroll with her and then changed into his regular attire in a restaurant bathroom. Hines apparently wore a mask based on a photograph of Janice Chisholm, as well as a heavy coat.

The segment also showed elements of Ryan Fogle's kit, including wigs and a backpack with a pull-over which allowed the bag to change colors.