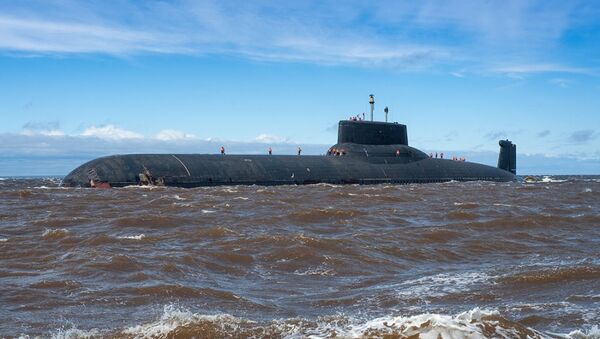 The Russian nuclear-powered strategic submarine Dmitry Donskoy, touted as the largest submersible vehicle in the world, has reportedly entered the White Sea, where it is due to take part in anti-submarine drills. 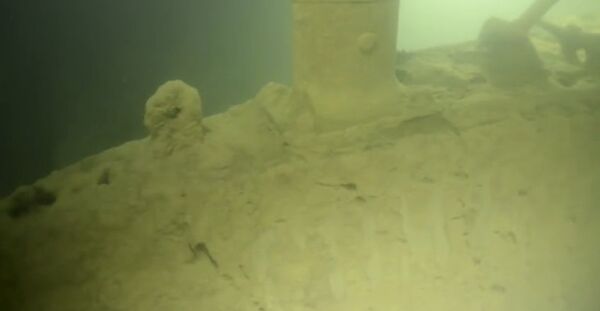 Hundred Year Old Russian Submarine Found Near Sweden
A source in the Russian Northern Fleet said on Friday that the Russian Akula class nuclear ballistic missile submarine Dmitry Donskoy has left its base in the city of Severodvinsk, entering the White Sea, where it will take part in anti-submarine war games, according to the website flot.com.

Taking part in the drills are, among other vehicles, the anti-submarine ships Onega and Naryan-Mar.

Dmitry Donskoy's previous mission in the White Sea lasted three weeks and wrapped up on July 16, 2015.

The vessel, named after the Grand Duke of Moscow Dmitry Donskoy, measures 172 meters in length and has a crew of 160, making it the world's largest submarine.

Russia
State-of-the-Art Russian Warship Enters Open Sea for Drills
In 2002, the twenty launchers for the R-39 ballistic missiles the submarine originally carried were replaced with launchers for the most advanced submarine-launched ballistic missile (SLBM) to date, the RSM-56 Bulava. The past few years have seen a spate of successful Bulava launches from the Dmitry Donskoy.

Apart from its twenty Bulava SLBMs, the submarine is equipped with six 533mm torpedo tubes and eight Igla (Needle) anti-aircraft missile systems. The vehicle is capable of staying at sea without surfacing for about 180 days.