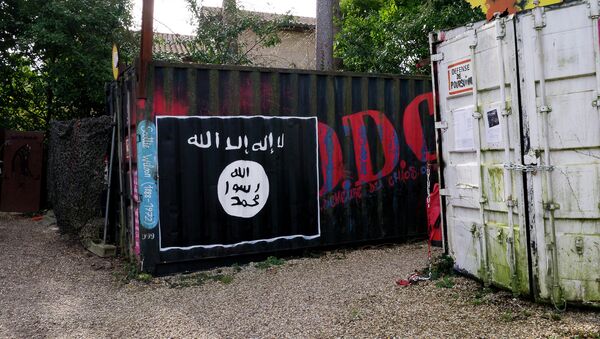 © Flickr / thierry ehrmann
Subscribe
International
India
Africa
US House of Representatives Homeland Security Committee Chairman stressed the rapid grow of the threat posed by ISIL that still remains grave adding that the number of US-based jihadist terror cases in 2015 outweigh those happened in any full year since 9/11.

US Condemns ISIL Alleged Use of Chemical Weapons as Reprehensible
WASHINGTON (Sputnik) — The Islamist terrorist threat to the United States has grown 'dramatically' during 2015 and remains grave, US House of Representatives Homeland Security Committee Chairman Michael McCaul warned in a press release.

"The Islamist terror threat in the US homeland has escalated dramatically this year and remains high," McCaul stated on Friday.

In August, ISIL supporters published a ‘hit-list’ targeting US government personnel, including members of the US military, the release pointed out.

"There have been more US-based jihadist terror cases in 2015 than in any full year since [September 11, 2001]," the release noted. "The number of US terrorist cases involving homegrown violent jihadists has gone from 38 in July 2010 to 124 today — more than a three-fold increase in just five years."

The ISIL is successful in spreading and instigating terror attacks around the world at unprecedented speed, the release said.

"As of the end of August, the group has inspired or directed 57 terror attack plots against Western targets, including 15 in the United States," it said. "There have now been nearly twice as many [ISIL]-linked attack plots against the West this year (37) as there were in all of 2014 (20)."

Radicals are increasingly targeting men and women in uniform within the United States, the release warned.

"Since early 2014, the majority of Islamist terror plots on US soil have featured plans to kill police or US service members," it said.

Despite the continued military operations of the US Air Force, the release acknowledged that the Islamic State has succeeded in preserving its safe havens in Syria and Iraq while expanding globally.

"Al Qaeda affiliates from Syria to Yemen have also carved out sanctuary and seized additional terrain," the release observed. "[ISIL] retained control over its major strongholds in Syria and Iraq while undertaking disruption attacks and offensives in key territory."