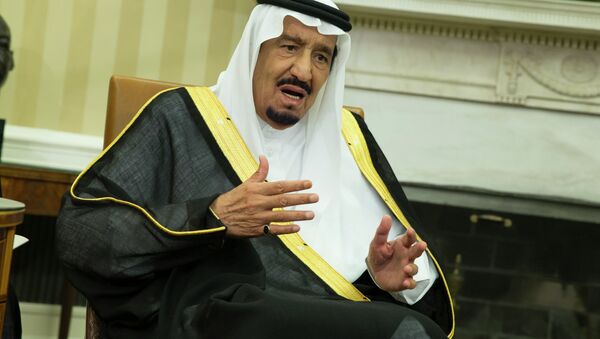 © AP Photo / Evan Vucci
Subscribe
International
India
Africa
Saudi King has committed to provide assistance to Yemen and agreed with Barack Obama to take steps on eradication of the humanitarian crisis in the country, long suffered from the conflict.

WASHINGTON (Sputnik) — US President Barack Obama and Saudi Arabian King Salman agreed on specific steps to ease the humanitarian crisis in Yemen that erupted as a result of the conflict there, the White House said following the meeting between the two leaders on Friday in Washington, DC.

"King Salman conveyed Saudi Arabia’s commitment to continue to assist the Yemeni people; to work with coalition and international partners to allow for unfettered access to assistance vetted by the UN and its partners, including fuel, to the impacted people of Yemen," the White House statement read on Friday afternoon.

To that end, the statement noted, King Salman committed to work toward opening Red Sea ports to be operated under UN supervision.

Saudi Arabia to Decrease Oil Prices for US, Northwest Europe in October
Obama and Salman also underscored the urgent need to address the humanitarian crisis in Yemen and "enable UN-led humanitarian relief efforts."

Moreover the two leaders agreed on the need to adopt UN Security Council Resolution 2216 that would help to bring about a political solution to the conflict in Yemen.

The Arab nation has been in the midst of an internal conflict since the second half of 2014, when Shiite Houthi rebels began to gain a stronghold in portions of the country. A Saudi-led coalition launched airstrikes against the Houthis in March 2015 at the request of Yemen’s exiled president Abd Rabbuh Mansur Hadi.

Critics have accused Saudi Arabia of conducting unlawful airstrikes in Yemen, which have caused numerous civilian deaths as well as imposing a blockade on much needed fuel for Yemeni civilians.