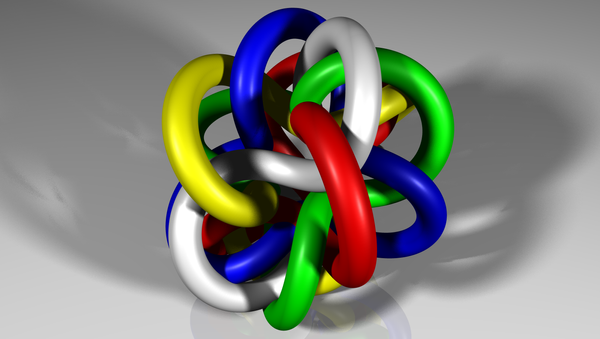 Scientists have come up with a knotty theory to explain why the early universe expanded after the Big Bang.

Oscillating Neutrino Discovery Could Shed Light on Origins of Universe
The early inflation of the Universe which took place a fraction of a second after the Big Bang may have been powered by tangled knots of flux tubes that provided energy, according to a new theory from a team of researchers at the University of Edinburgh.

"If you take your headphones and put them in your backpack, they tend to get tangled," says Arjun Berera of the University of Edinburgh, a lead author of the study.

Fade to Black: Study Shows the Universe is Slowly Dying
The scientists believe that the energy to drive inflation could have come from particles in the early Universe that resembled gluons, the exchange particles which mediate the force between quarks, the elementary particles that form protons and neutrons.

These particles in the early Universe are thought to have given rise to flux tubes, a cylindrical region of space containing a magnetic field, which formed between the particles and contained the energy to power the inflation of the Universe.

"A knotted/linked flux tube network formed in a quantum chromodynamics-like phase transition can provide a natural source of inflation," write the authors of the study, published last month in the journal High Energy Physics, called 'Knotty inflation and the dimensionality of spacetime.'

In addition, the scientists believe their knot theory may have hit on an explanation of why we live in three large spatial dimensions, since knots cannot exist in more than three dimensions.