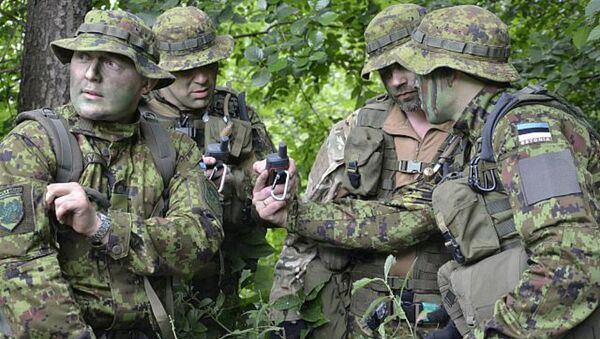 Estonia told a paramilitary public relations official to be "more vigilant" following his racist outburst on Facebook against Russians and migrants, to whom he referred as "cockroaches," Delfi reported.

A center for refugees was set on fire in Estonia overnight on Thursday, following the military official's statement. 50 people, including children, were in the center during the arson attack.

"It's a grave offense to set the home of 70 on fire in the middle of the night. We're dealing with a potential mass murder here," Estonian legislator Urmas Paet said, calling for the attack to be investigated.

In his Facebook posting prior to the arson attack, Estonian defense official Urmas Reitelmann wrote, "Regular human garbage is striving toward us, which should be driven out by any means. Three hundred thousand 'tiblas' [derogatory Estonian term for Russians] are parasitizing here, and did not adapt, how do you think it is possible to make people out of the millions of lazy cockroaches striving to get here?"

Local police chief Indrek Link said that the consequences of the arson attack at the building housing migrants could have been "much more severe." In the Soviet Union, social dissidents who spoke out against the government were branded as parasites, as were Jews and Romani by the Nazis in Germany, where to this day the use of the label is connected with the prejudices of the Third Reich.

The official, Urmas Reitelmann is a member of Estonia's Kaitseliit, or "Estonian Defense League" paramilitary, which is part of Estonia's armed forces.

"I want to hear from the minister of defense, is this the official position of the ministry and does the minister consider such statements a normal occurrence?" Estonian legislator Martin Repinski said.

The Estonian military has not replied to Repinski's inquiry.

Reitelmann was not fired for the remarks, although Estonia's military said that he was "reprimanded," and told to be "more vigilant" in social networks.

The Estonian defense official himself countered, claiming that his statement was taken "out of context."

"This is simply one fragment of a long discussion between several people, this phrase is taken out of context," Reitelmann claimed in an interview to Estonian media.

Reitelmann also said that he "truly regrets"  making the statement, though he singled out Russians who took part in protests against the moving of a WWII memorial in Estonia in 2007 as people he does not apologize to. During the protest, police violence against the protesters led to incidents which were labeled as riots.