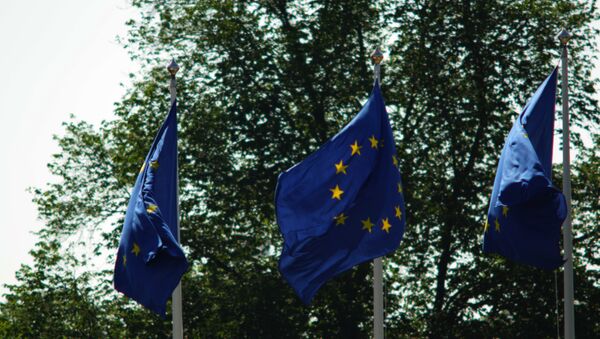 An EU official reportedly launched into an anti-Semitic tirade and assaulted a woman while shouting "All you Jews should have been killed" after loudly praising fascist leader Benito Mussolini near EU headquarters in Brussels.

In the incident, which reportedly took place near the EU headquarters, the conflict escalated when a woman told the EU official said that Mussolini was a dictator.

The EU official then replied "Dirty Jewess <…> Hitler should have exterminated all Jews, just like Jews today are exterminating Palestinians." He then began choking the woman and hitting her on the head with a metal plaque that said "Mussolini."

The woman assaulted by the EU official, herself not Jewish, reported the incident to the police and a rights group which combats anti-Semitism. She was diagnosed with a concussion and internal hemorrhaging as a result of the EU official's assault.

"This serious incident illustrates yet again that you don’t have to be Jewish in order to be a victim of anti-Semitism. In light of the multiple witness accounts, I’m sure that the ones responsible at the European Union will take the right steps, including firing the assailant. In the meantime we have demanded that he be suspended until the end of the investigation," head of the Belgian League Against Anti-Semitism told Haaretz.

It is unclear whether Belgian police or the EU followed up on the woman's complaint.