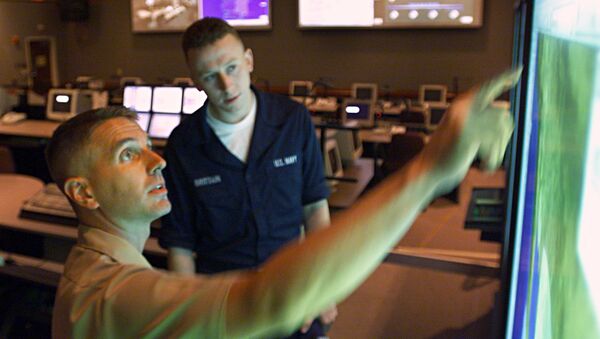 © AP Photo / VICTORIA AROCHO
Subscribe
Conducting a routine scientific study of ocean environments, a lone Russian research vessel has attracted a lot of attention from the Pentagon. Despite the fact that it’s moving through international waters, the Yantar is being monitored by US Navy ships, aircraft, and even reconnaissance satellites.

"The Yantar is equipped with a unique on-board scientific research complex which enables it to collect data on the ocean environment, both in motion and on hold," said Alexei Burilichev, head of the deepwater research department at the Russian Defense Ministry. "There are no similar complexes anywhere."

But despite the Yantar’s peaceful purpose, its presence has put the US military on high-alert.

Senior defense officials speaking to Fox News say they have been monitoring the vessel since it was first spotted by satellites in the North Atlantic, believing it to be a spy ship.

Now that it’s nearing its destination of Cuba, officials have raised panic over the fact that the Yantar is 300 miles off the coast of a US submarine base in Kings Bay, Georgia. Never mind that the ship’s location is in international waters and part of an ordinary sea route to Cuba.

"I can confirm that we are aware of the Russian vessel operating in international waters off the East Coast of the United States," Pentagon Lieutenant Colonel Tom Crosson told Sputnik. "We [US Department of Defense] are not discussing this with Russia." 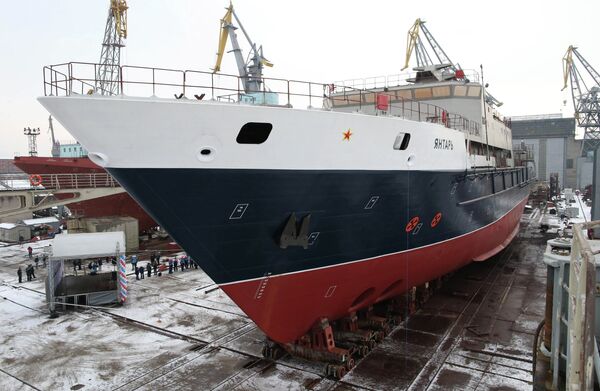 According to the Washington Free Beacon, Pentagon officials believe that the ship’s research equipment is being used to surveil the seafloor for sensors, and may even be cutting underwater communication cables.

"It seems more likely they’d use their underwater sensors to map out defenses to prepare for future operations, and to avoid, blind, or destroy the sensors," Steffan Watkins, an intelligence analyst who monitors Russian ship movements, told the Free Beacon.

No justification was offered for those claims, and officials gave no indications that any cables were, in fact, severed. The Pentagon would surely notice that kind of damage immediately.

These suspicions seem to be based entirely on the fact that the Yantar contains gear capable of cutting cables, but as the Free Beacon points out, those are “used to rescue submarines if they become entangled” in underwater obstacles.

This could in fact be a case of the US military projecting its own actions onto others.

When asked by Fox News if the US used scientific research vessels to conduct covert reconnaissance missions, an anonymous senior defense official gave an interesting response.

"Of course we do," he said, "what do you think all those 'oceanographic ships' are doing, studying whales?"

US intelligence will likely continue to monitor the Yantar as it continues its operations. Lieutenant Crosson did, however, acknowledge that the US recognizes the freedom of all sovereign nations to navigate in international waters, as well as visit countries with which they have concluded agreements.

000000
Popular comments
The USA seems to make a habit of mirror transpostion/reverse blame. So my interpretation of the article, is the USA is cutting cables and blaming Russia, as usual. No doubtg the USA are also trying their hardest to tap into the submarine and find out as much as possible. There again, Russia would not have allowed them to find the submarine, if they did not want it discovered. I wonder how much counter intelligence Russia is acquiring from the Washington interest?
anne00marie
4 September 2015, 00:58 GMT1
000000
Pathetic Septic Tanks (Yanks), they're scared of their own shadow. The sooner they implode the better.