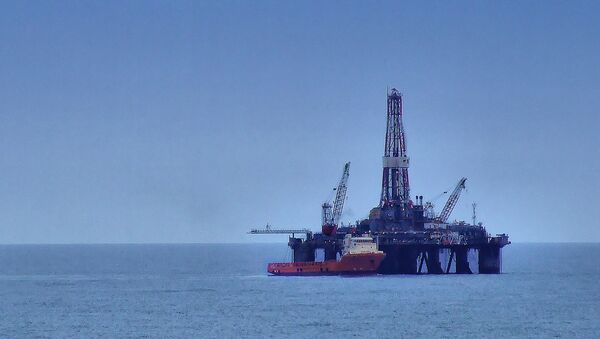 The Israeli Navy on Wednesday conducted a defense exercise in which the force unveiled its new missile defense system designed to protect gas rigs in the Mediterranean – a so-called "Iron Dome of the Sea."

The drill centered on Israel's elite Shayetet 13 unit driving off terrorists who had captured the Yam Tethys gas field, off the coast of the southern Israeli port of Ashkelon, reported Jerusalem-based military intelligence website DEBKAfile.

Navy commander Brigadier Ram Rotberg, leading a tour of military correspondents, listed potential threats to Israel, including the Russian-made Yakhont anti-ship missile, reportedly in the hands of Hezbollah and the Syrian army.

Another is the Iranian Ababil drone, believed to have been upgraded with navigation capabilities and the ability to carry tens of kilos of explosives, DEBKAfile reported.

During the exercise, the Navy unveiled its counter-measures, including the Barak 8 multi-purpose seaborne missile defense system, which protects gas rigs in the sea just as the Iron Dome protects assets on land.

But if Israel wants to protect its oil rigs against air attacks, it should design a defense system more effective than its Iron Dome, which works just a small fraction of the time, according to a Massachusetts Institute of Technology analysis.

Using data from 2012 and 2014 rounds of Israeli conflicts with Hamas and other Palestinian groups operating in the Gaza Strip, Ted Postol, an MIT physicist and missile expert, found that the Iron Dome thwarted enemy rockets only about 5% of the time.

In the other 95% of cases, the interceptor either missed entirely or just lightly damaged the enemy munition, allowing the rocket's intact warhead to continue arcing toward the ground, Postol found.

Naturally, those figures differ drastically with those provided by Israel, which spent billions of dollars on the system. At one point during a July 2014 conflict, Israeli Defense Forces said the Iron Dome had intercepted 86% percent of rockets fired from Gaza towards Israel.

While Israel's discovery of offshore gas deposits in 2009 was a welcome surprise, the new resource created a target for the country's enemies. A successful attack could threaten export revenues and harm domestic energy supply.