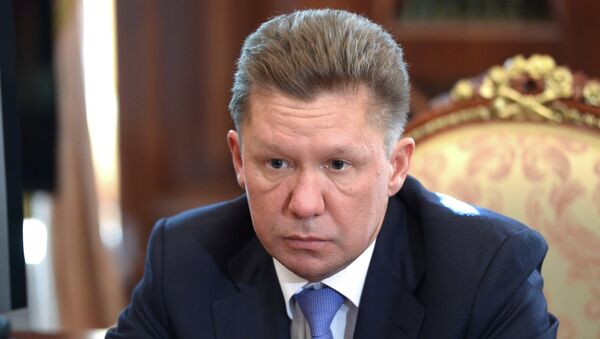 Gazprom head Alexey Miller said that Russia and China have signed a memorandum on gas supplies from Russia's Far East through a new gas pipeline.

"Today, a memorandum on gas supplies from the Russian Federation's Far East to China was signed. The memorandum was signed by Gazprom and its Chinese partners, Miller told reporters.

"The memorandum stipulates a third route for gas supplies to China," he added.

Miller stressed that this would become the third such project of strategic cooperation between Gazprom and the China National Petroleum Corporation (CNPC), to be completed over the next five years.

In 2014, Russian energy giant Gazprom signed a 30-year framework agreement with CNPC for annual deliveries of 38 billion cubic meters of Russian gas through the eastern route pipeline, formally known as the Power of Siberia, which is expected to come on-stream in late 2017.

China has been Russia’s leading trade partner since 2010, with the value of the countries' bilateral trade reaching some $88.4 billion in 2014.