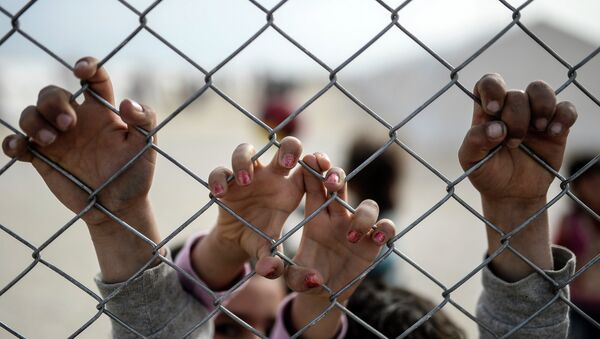 Over 13 million children can't attend schools because of the conflicts across the Middle East and North Africa, according to UN children’s agency.

MOSCOW (Sputnik) — Conflicts across the Middle East and North Africa are preventing more than 13 million children from attending school, a UN children’s agency said on Thursday.

"A region which — until just a few short years ago – had the goal of universal education well within reach, today faces a disastrous situation — more than 13 million children are not attending school in countries being affected either directly or indirectly by armed conflict," the UN Children’s Rights and Emergency Relief Organization (UNICEF) said in a report.

More than 8,800 schools in Syria, Iraq, Yemen, Palestine and Libya have been severely damaged or completely destroyed, according to the report.

Attacks on schools are among the main reasons why many children have to miss classes, the UN agency said, adding that in some regions, including the Gaza Strip, school buildings are occupied by displaced families.

The Wrong Approach
In countries where insurgents are currently operating, schools are also being used as bases or detention centers, the report said.

In conflict-torn Syria, an entire generation of children is threatened because a lack of schools also couples with insecurity, discrimination, hunger and poverty, the UNICEF said, adding that children in Syria are often severely injured in schools.

Over the recent years, a number of countries in the Middle East and North Africa have been engulfed in armed conflicts, with thousands of civilian lives having been claimed. In addition, insurgent groups, such as Islamic State (IS) are operating in the war-torn states contributing to the escalation of violence.