India Goes Ahead With Purchase of 48 Russian Mi17-V5 Choppers 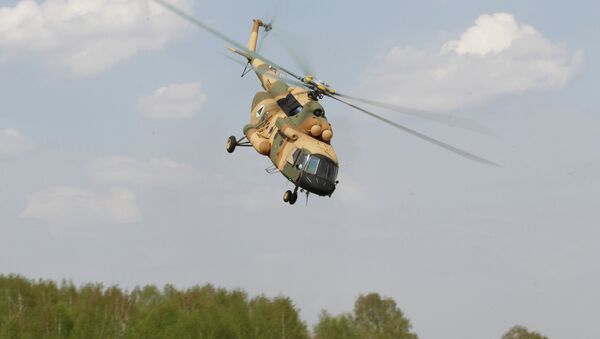 A decision to proceed with the purchase of 48 Mi17-V5 helicopters from Russia was adopted by the Indian Defense Ministry’s top procurement body on Wednesday, ministry sources have confirmed.

Russia Completes Modernization of Indian Navy's Il-38 Fleet
NEW DELHI (Sputnik) — After being briefed about the progress made by the negotiations committee, the Defense Acquisition Council cleared the way for a deal to purchase four squadrons, or 48 Mi17-V5 (NATO reporting name Hip) choppers from Russia with a total cost of 6,966 crore rupees ($1.1 billion), according to the sources.

The Mi-17V-5 helicopter is the latest model in Russia's Mi-8/17 helicopter family. It is designed for personnel transportation, as well as for carrying cargo internally or on its external sling. They can be used in search and rescue operations, and can also be equipped with weapons.

In July, local media reported that the Indian Air Force (IAF) had proposed to acquire 48 additional Mi-17V-5, as they had proven to be efficient in India’s often difficult terrain and climatic conditions.

Mi-17s have been used in India since the government canceled an order for Italian choppers amid corruption scandals involving Italian businessmen and their Indian intermediaries.